Masters of the Kapelle

Richard Strauss was clearly delighted with the Staatskapelle: »The Dresden orchestra is indisputably now the most beautiful ensem­ble; the wind players are all perfect and have a pp that is simply fabulous.« On 10 January 1890, only a few weeks after the premiere in Weimar, his »Don Juan« appeared for the first time on a concert programme of the Staatskapelle. Although Adolf Hagen conducted this performance, Strauss himself later as­cended the rostrum of his »dear Dresdners« several times, for example with his »Alpine Symphony«, a work dedicated to the Kapelle. Hector Berlioz also conducted his own com­positions at concerts in the Saxon capital, debuting in 1843 with a programme featur­ing the »Symphonie fantastique«.

As part of the »Richard Strauss Days at the Semperoper« 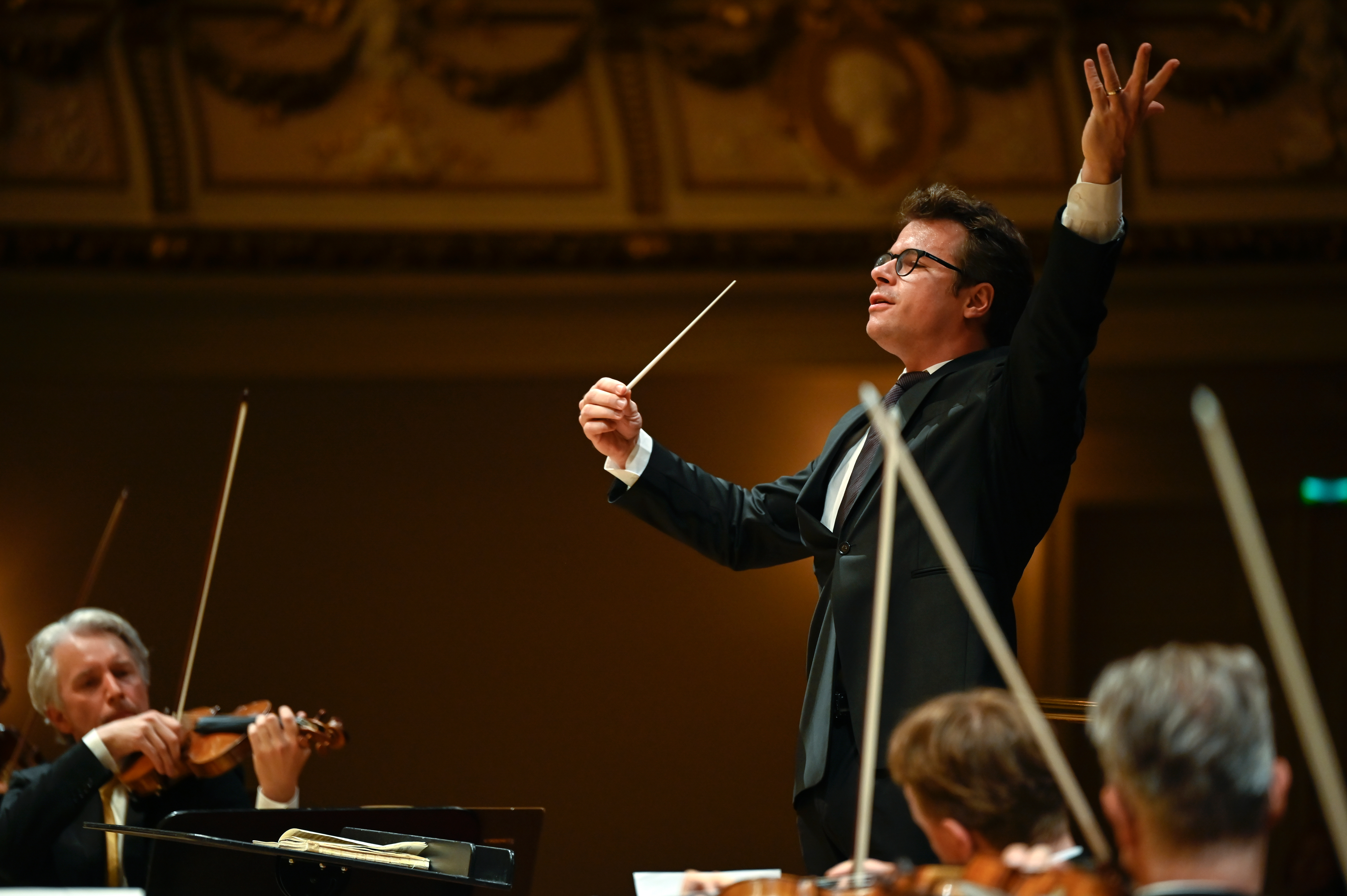 He is a frequent guest with many of the world's greatest orchestras and, in addition to his titled positions, maintains close relationships with the Royal Concertgebouw Orchestra, Orchestra dell'Accademia Nazionale di Santa Cecilia, Gewandhausorchester Leipzig, Mahler Chamber Orchestra, Deutsche Symphonie-Orchester Berlin, Rundfunk-Sinfonieorchester Berlin, Orchestre philharmonique de Radio France, The Cleveland Orchestra, New York Philharmonic, Chicago Symphony and Tokyo Metropolitan Symphony Orchestra.  In the 2018/19 season he made his debut with the Berlin Philharmonic, the Bavarian Radio Symphony Orchestra, the Orchestre de Paris and the NHK Symphony.

As an opera conductor, he is a regular guest at the Glyndebourne Festival, where he conducted »Vanessa«, » Das schlaue Füchslein«, »A Midsummer Night's Dream«, »Carmen«, »The Turn of the Screw«, »Don Giovanni« and »La bohème«, and was Music Director of Glyndebourne On Tour for three years. He has also conducted productions for the Royal Opera House, Covent Garden, the Vienna State Opera, the Opéra National de Paris and the Frankfurt Opera, among others.

As a recording artist, Jakub Hrusa has received numerous awards and nominations for his discography. His recording of Martinů and Bartók violin concertos with Bamberg Symphony and Frank Peter Zimmermann (BIS) was nominated for a 2021 Gramophone Award, and his recording of the Dvořák Violin Concerto with the Bavarian Radio Symphony and Augustin Hadelich was nominated for a Grammy ® Award in the same year. In 2020, two of his recordings – Dvořák and Martinů Piano Concertos with Ivo Kahánek and the Bamberg Symphony (Supraphon), and »Vanessa« from Glyndebourne (Opus Arte) – won BBC Music Magazine Awards. Other recent releases include Dvořák and Brahms Symphonies with Bamberg Symphony (Tudor), Suk’s »Asrael« Symphony with the Bavarian Radio Symphony (BR Klassik), and Dvořák’s »Requiem« and »Te Deum« with the Czech Philharmonic (Decca).

Jakub Hrůša studied conducting at the Academy of Performing Arts in Prague, where his teachers included Jiří Bělohlávek. He is currently President of the International Martinů Circle and The Dvořák Society. He was the inaugural recipient of the Sir Charles Mackerras Prize, and in 2020 was awarded both the Antonín Dvořák Prize by the Czech Republic’s Academy of Classical Music, and – together with Bamberg Symphony – the Bavarian State Prize for Music.