Scenes of hunting and fighting

For his debut concert with the Staatskapelle, Jakub Hrůša will conduct symphonic poems based on literary works by Gottfried August Bürger and Nikolai Gogol. Franck’s rarely heard »Le Chasseur maudit« (The Accursed Huntsman) and the Ukrainian saga of the Cos­sack Taras Bulba, transformed by Janáček into a powerful rhapsody, will frame Sibelius’s late romantic Violin Concerto, performed by the outstanding violinist Joshua Bell in a return appearance to the Semperoper after 29 years. 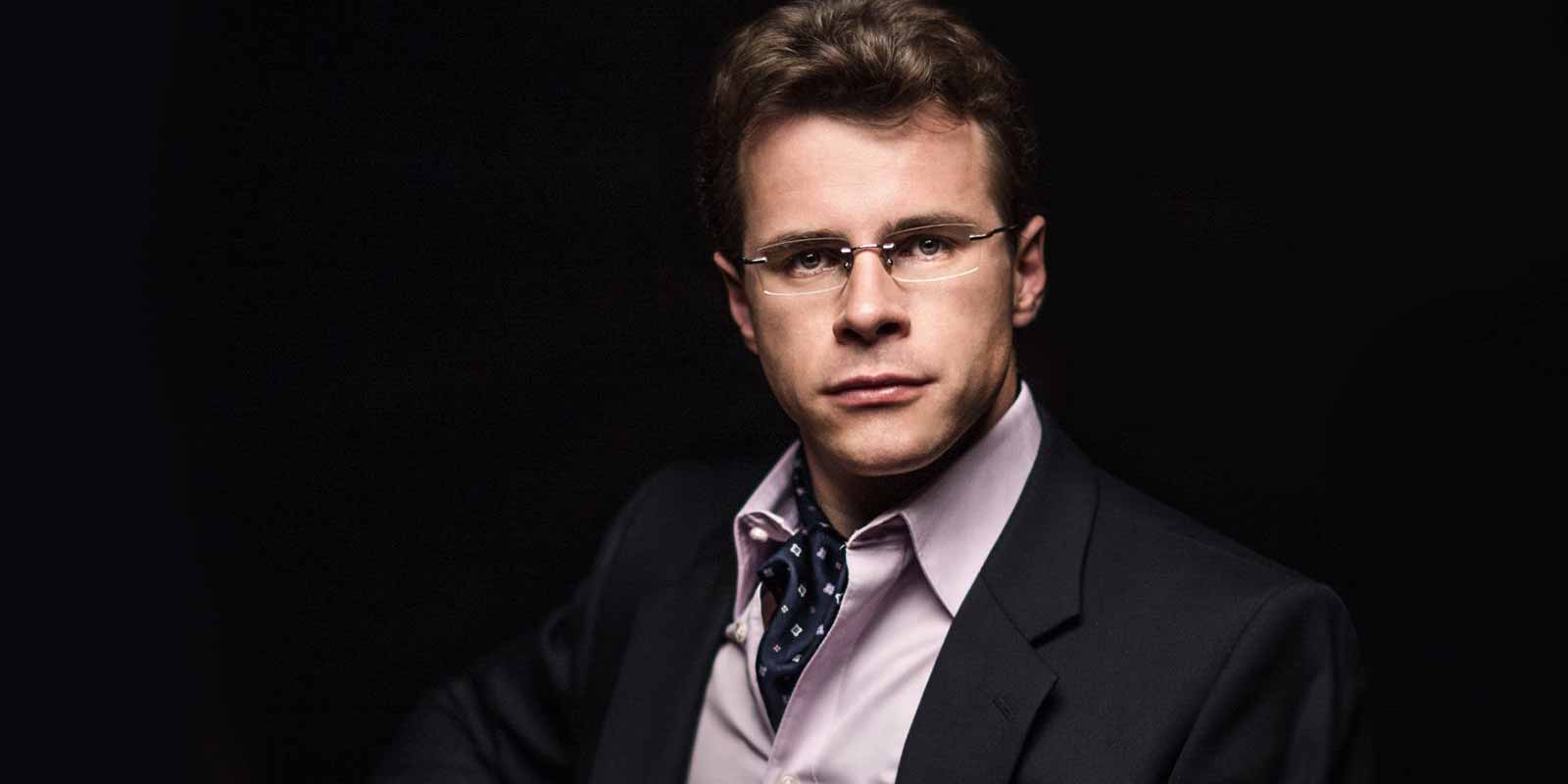 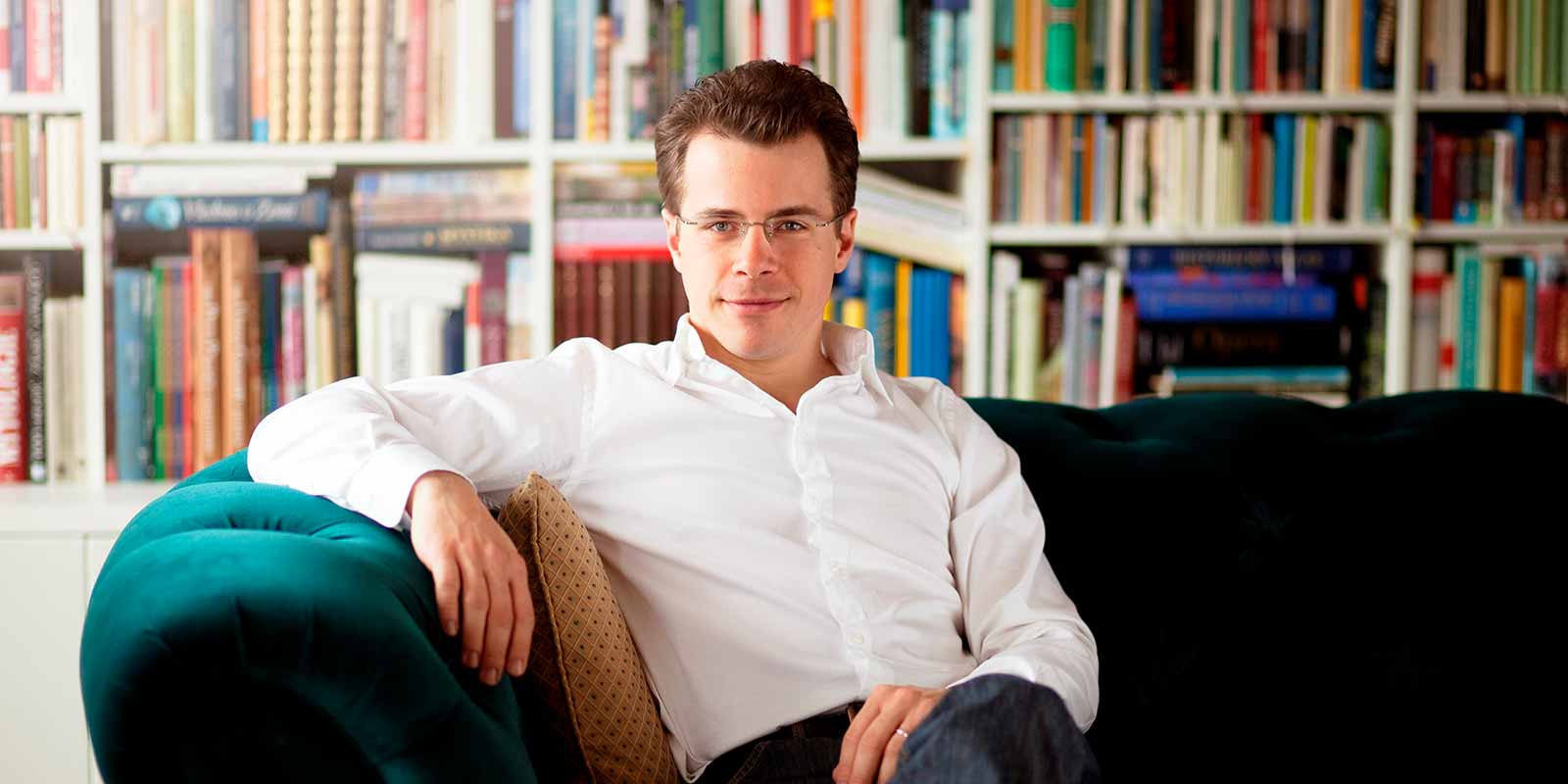 He is a frequent guest with many of the world's greatest orchestras and, in addition to his titled positions, maintains close relationships with the Royal Concertgebouw Orchestra, Orchestra dell'Accademia Nazionale di Santa Cecilia, Gewandhausorchester Leipzig, Mahler Chamber Orchestra, Deutsche Symphonie-Orchester Berlin, Rundfunk-Sinfonieorchester Berlin, Orchestre philharmonique de Radio France, The Cleveland Orchestra, New York Philharmonic, Chicago Symphony and Tokyo Metropolitan Symphony Orchestra.  In the 2018/19 season he made his debut with the Berlin Philharmonic, the Bavarian Radio Symphony Orchestra, the Orchestre de Paris and the NHK Symphony.

As an opera conductor, he is a regular guest at the Glyndebourne Festival, where he conducted »Vanessa«, » Das schlaue Füchslein«, »A Midsummer Night's Dream«, »Carmen«, »The Turn of the Screw«, »Don Giovanni« and »La bohème«, and was Music Director of Glyndebourne On Tour for three years. He has also conducted productions for the Royal Opera House, Covent Garden, the Vienna State Opera, the Opéra National de Paris and the Frankfurt Opera, among others.

As a recording artist, Hrůša has most recently released Smetana's »Má vlast« with the Bamberg Symphony Orchestra and concertos for orchestras by Bartók and Kodály with the RSB Berlin. In addition, he has recorded Berlioz's »Symphonie fantastique«, Strauss' »An Alpine Symphony« and Suk's »Asrael Symphony« with the Tokyo Metropolitan Symphony Orchestra, the violin concertos by Tchaikovsky and Bruch with Nicola Benedetti and the Czech Philharmonic Orchestra, and nine CDs with Czech repertoire with the PKF-Prague Philharmonic Orchestra, of which he was music director from 2009 to 2015. 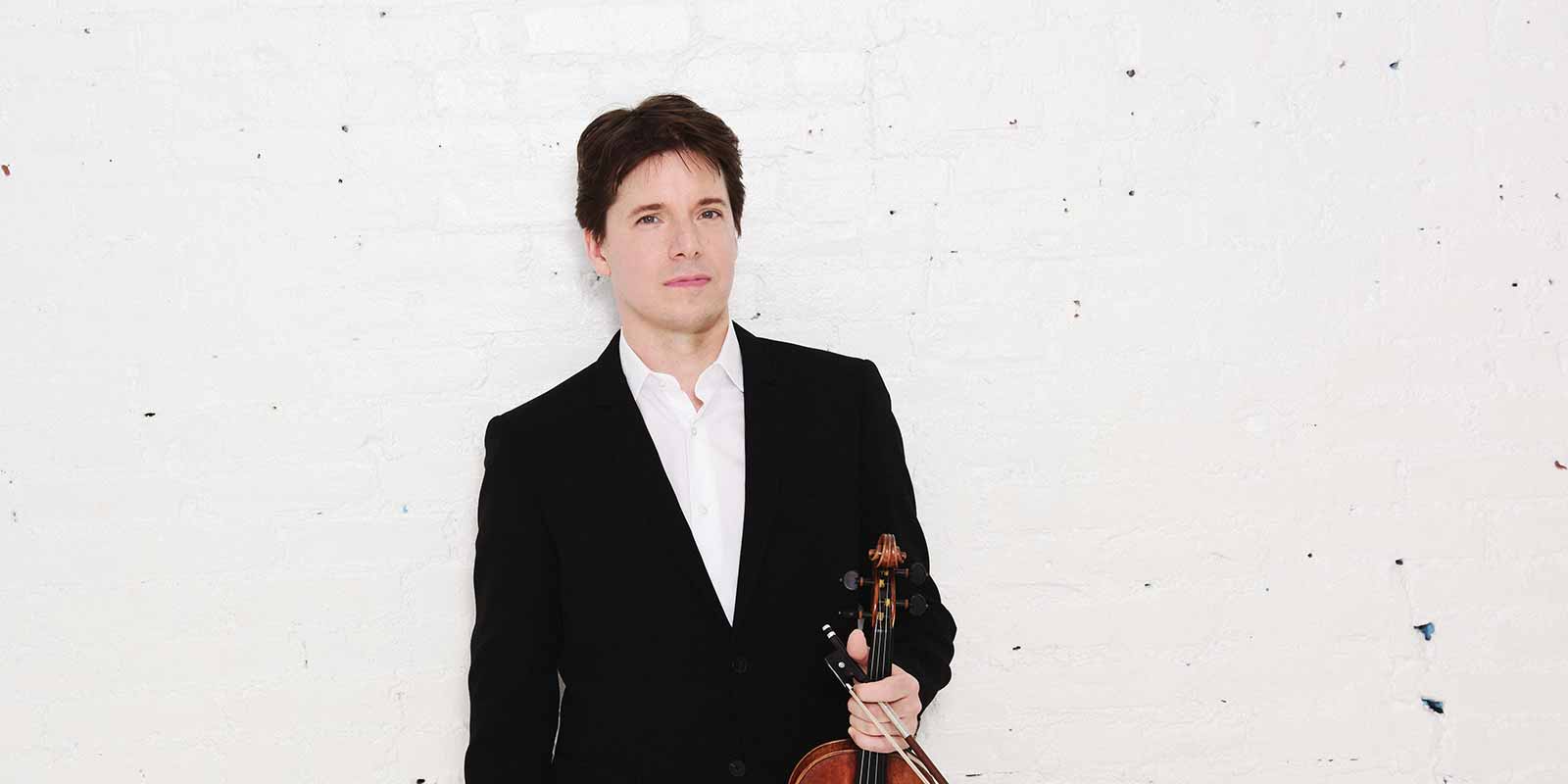 With a career spanning more than thirty years as a soloist, chamber musician, recording artist, conductor and director, Joshua Bell is one of the most celebrated violinists of his time. Having performed with virtually every major orchestra in the world, Bell continues to perform as a soloist, recitalist and chamber musician.

Born in Bloomington, Bell played the violin at the age of four and began studying with his mentor Josef Gingold at twelve. At the age of 14 he made his debut with Riccardo Muti and the Philadelphia Orchestra and at 17 he made his Carnegie Hall debut with the St. Louis Symphony Orchestra. At 18 Bell signed with his first label, London Decca, and received the Avery Fisher Career Grant. In the years that followed, Bell was named Musical America's »Instrumentalist of the Year« 2010, the World Economic Forum's »Young Global Leader« 2007, nominated for five GRAMMY® awards and received the 2007 Avery Fisher Prize, as well as the Indiana Governor's Arts Award in 2003 and the Distinguished Alumni Service Award from the Jacobs School of Music in 1991. As the exclusive artist of Sony Classical, Bell has recorded more than 40 albums that have won GRAMMY®, Mercury®, Gramophone and OPUS KLASSIK awards. Sony Classical's most recent release in June 2018 with Bell and the Academy of St. Martin in the Fields includes Bruch's Scottish Fantasy and the G Minor Violin Concerto, which received a GRAMMY® nomination. Bell's 2013 album with the Academy of St. Martin in the Fields, on which Bell conducts Beethoven's Fourth and Seventh Symphonies, debuted at #1 on the Billboard charts. Following Bell's second collaboration with the Singapore Chinese Orchestra and Maestro Tsung Yeh in 2018, an album will be released in autumn 2020, featuring Bell as soloist alongside traditional Chinese instruments of the Western repertoire and the Butterfly Lovers Violin Concerto, one of the most famous violin works in the Chinese cultural heritage.

Bell is also committed to finding innovative ways to expand the social and cultural impact of classical music and has worked with various artists and organizations in a variety of genres. He is committed to music as an essential educational tool. Bell continues to be actively involved in Education Through Music and Turnaround Arts, which provide instruments and artistic education to children who may not otherwise experience classical music firsthand. In 2014, he was a mentor and performed with string players from the National YoungArts Foundation in an HBO Family Documentary Special »Joshua Bell: A YoungArts Master Class«. This year Bell received the Glashütte Original MusicFestivalAward 2019, which is presented in conjunction with the Dresden Music Festival, for his commitment to art education.

Since 2011 Bell has been Music Director of the Academy of St. Martin in the Fields, succeeding Sir Neville Marriner, who founded the orchestra in 1959. In 2019-20 he will celebrate the Academy's 60th anniversary at Queen Elisabeth Hall in London.

Joshua Bell plays the Huberman Stradivarius violin from 1713 with a bow by François Tourte from the 18th century.