Richard Strauss sought »truly poetic content« as inspiration for his tone poems. In »Death and Transfiguration«, he found it in the final hours of a dying man, which he describes in painstaking detail through the language of music. Written in 1889, he returned to this piece years later, reworking some central motifs into the final of his »Four Last Songs«. Strauss-expert Christian Thielemann has chosen to precede both works with two oc­casional compositions rarely heard in con­cert: Festmusik, composed in gratitude for the awarding of the Beethoven Prize by the City of Vienna, and the Festliche Präludium, written to celebrate the opening of Vienna’s Konzerthaus in 1913. 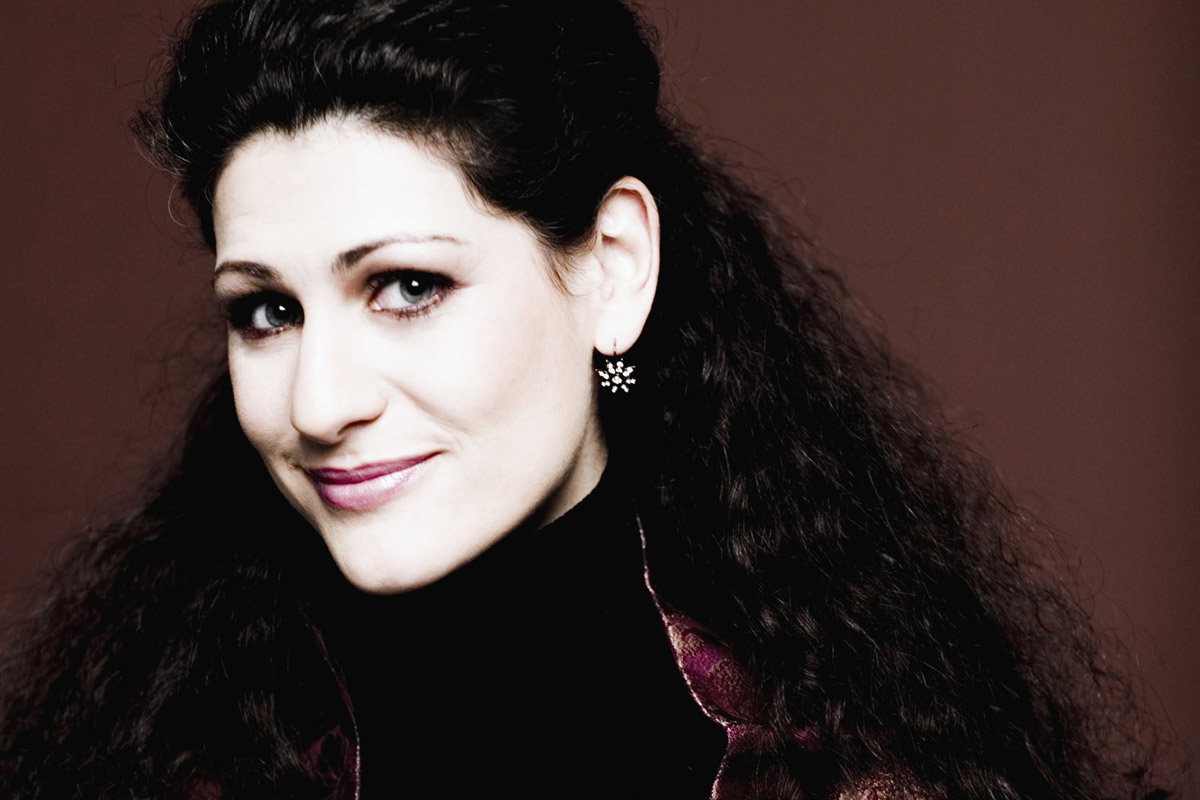 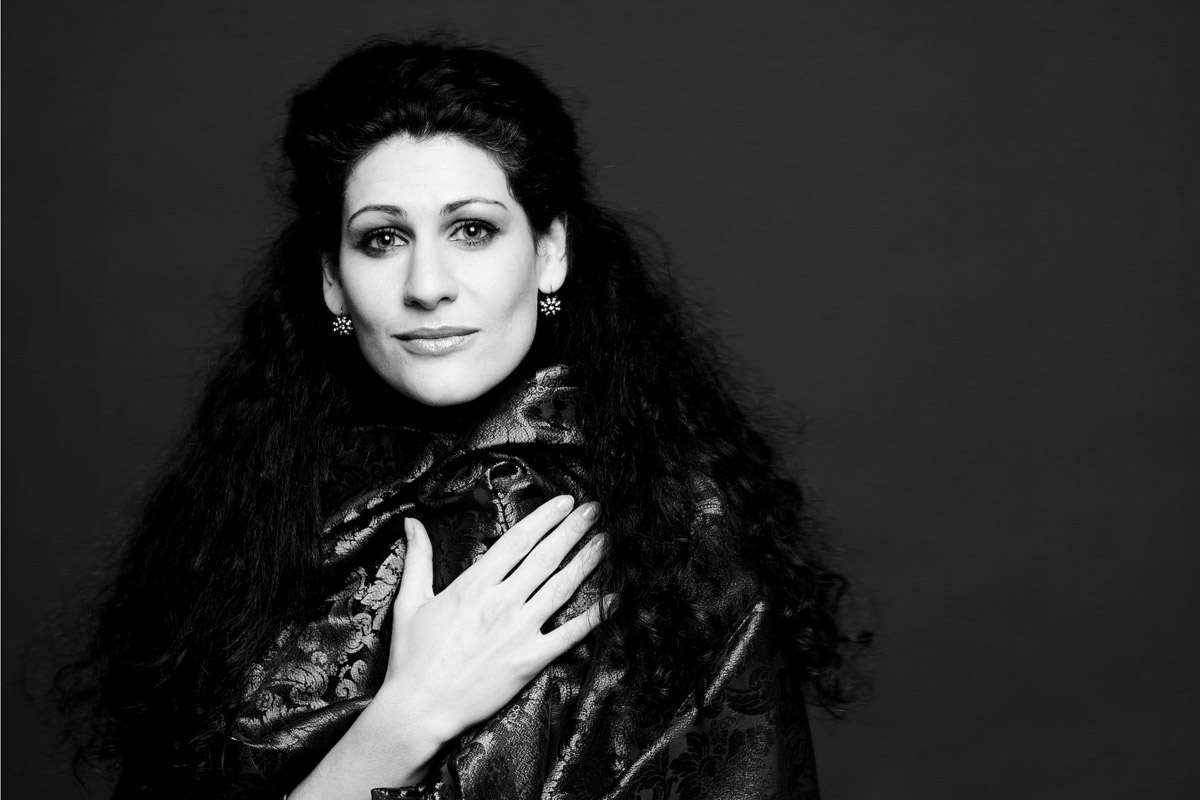 Anja Harteros grew up in Bergneustadt as the daughter of a Greek father and a German mother. Already in her youth she was introduced to classical music and singing by her parents. In 1986, at the age of 14, she began her vocal training with Astrid Huber-Aulmann in Gummersbach alongside school.

She had her first appearances at institute concerts and at a school performance as Countess in »Figaro« in 1990 at the Wüllenweber-Gymnasium. In 1992 she gave her first concert at the Kantonsschule Schwyz in Switzerland. From 1990 onwards she was coached for many years by the conductor and solo répétiteur of the Cologne Opera Wolfgang Kastorp with regard to the musical interpretation of the roles she had worked out. Kastorp also accompanied her at various piano concerts.

After graduating from high school in 1991, she studied singing with Liselotte Hammes at the Hochschule für Musik in Cologne. Her singing teacher, Astrid Huber-Aulmann, continued to coach her during her studies until her final exams in spring 1996. 1993 and 1994, while still a student, further concert tours with Astrid Huber-Aulmann took place in Russia and the USA, during which the singer received great attention. Even before her exams, she was engaged as a permanent member of the ensemble at the Schillertheater in Gelsenkirchen and Wuppertal. After her exams in 1996, she was a permanent member of the ensemble at the Bonn Opera.

In Cardiff she met Sir Peter Jonas, who shortly afterwards called her to the Bavarian State Opera in Munich, where she has been a frequent guest since then. Other venues include Frankfurt am Main, Lyon, Amsterdam, Oslo, Tokyo, Dresden, Paris, London, Zurich, Hamburg, Vienna, New York, Milan and Berlin as well as the Salzburg Festival.

In addition to opera, Anja Harteros also devotes herself to concert and song singing. She gave concerts and recitals in many cities in Germany and abroad. Her song CD »Von ewiger Liebe« with Wolfram Rieger was awarded the Orphée d'Or. 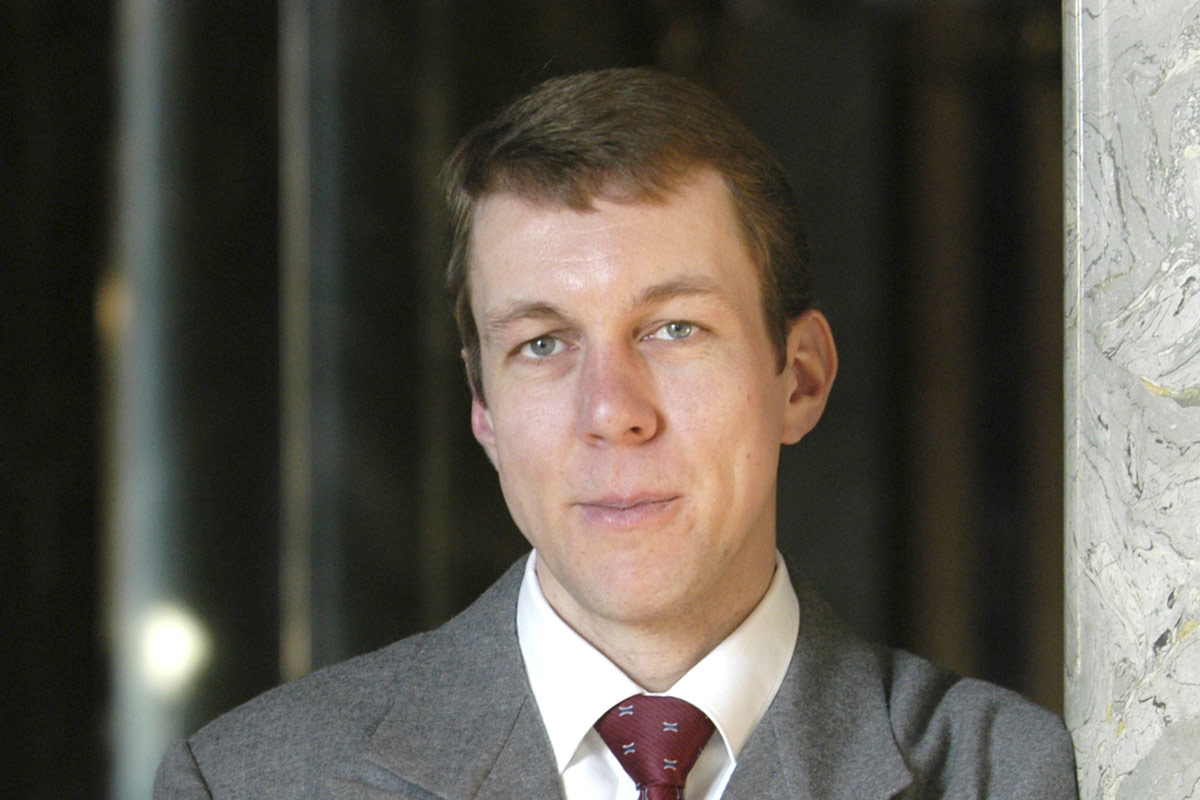 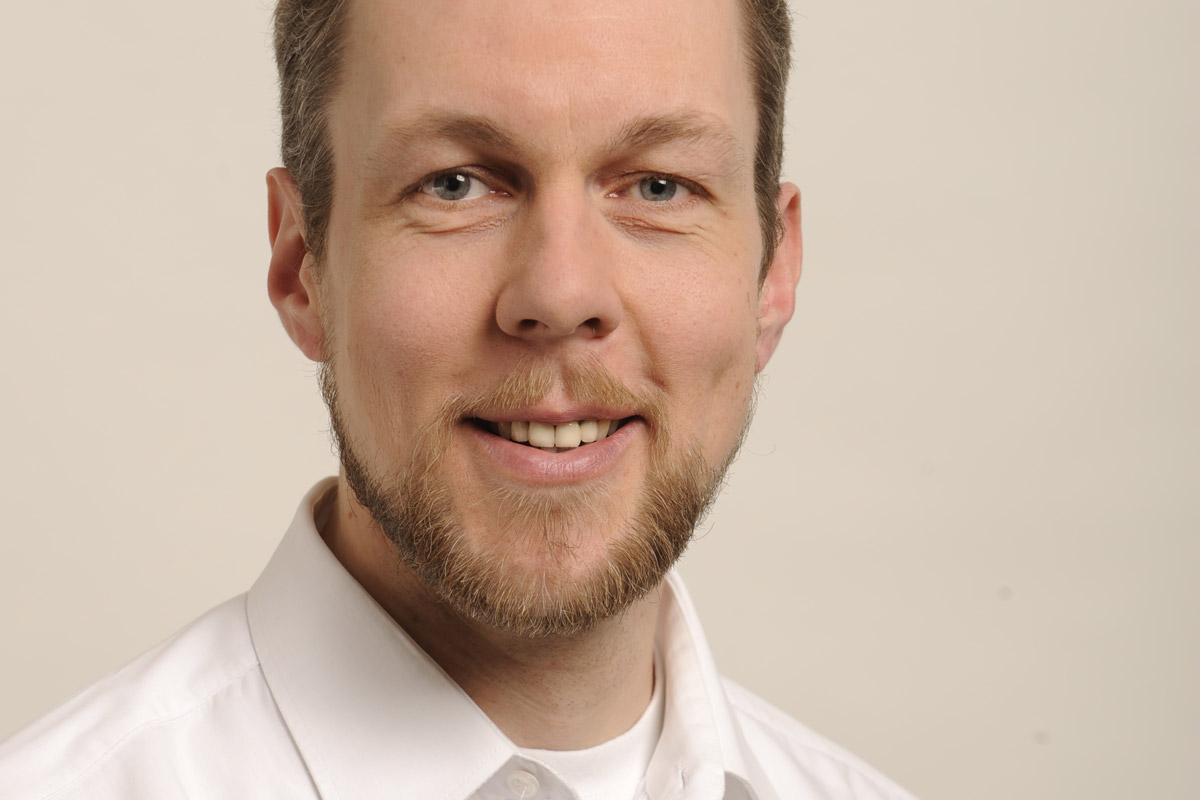 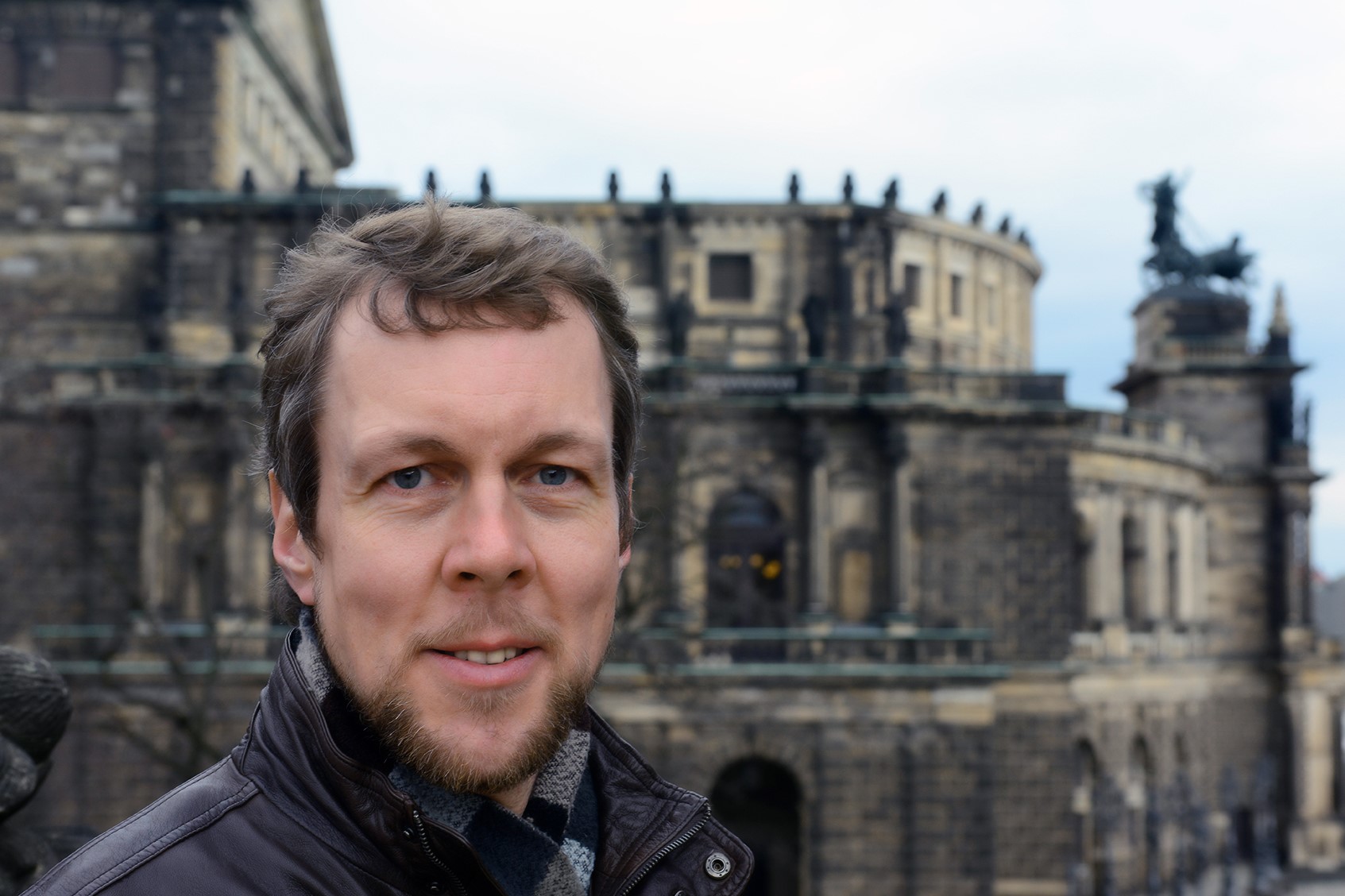 Bass Georg Zeppenfeld, born in Westphalia, studied singing at the Cologne University of Music. Engagements have taken him to the great opera houses of Munich, Berlin, Hamburg, Vienna, Milan, Paris, Barcelona, Lyon, Antwerp, the Bayreuth Festival, the Lyric Opera of Chicago, the Metropolitan Opera New York and San Francisco. In 2002 he made his first guest appearance at the Salzburg Festival, where he sang Sarastro (»The Magic Flute«) under Nikolaus Harnoncourt in 2012, and King Karl in Schubert's »Fierrabras« in 2014. From 2001 to 2005 Georg Zeppenfeld was an ensemble member of the Semperoper Dresden. Here he appeared in roles such as Figaro and Bartolo (»Le nozze di Figaro«), King Filippo II. (»Don Carlo«), Zaccaria (»Nabucco«), Banco (»Macbeth«), Eremit and Kaspar (»Der Freischütz«), König (»Aida«), Sarastro (»The Magic Flute«), Colline (»La bohème«), Alidoro (»La cenerentola«), Fasolt (»Das Rheingold«), Landgrave Hermann (»Tannhäuser«), King Marke (»Tristan and Isolde«), Gharib (»L'Upupa and the Triumph of Son Love«), Aquarius (»Rusalka«), Peneios (»Daphne«), Seneca (»L'incoronazione di Poppea«), Sparafucile (»Rigoletto«), Henry the Bird (»Lohengrin«) and Rocco (»Fidelio«). In 2013 he made his debut as Daland in the new production of »The Flying Dutchman« alongside »Orlando«. In the 2013/14 season he sang the role of Don Alfonso in Andreas Kriegenburg's new production of »Così fan tutte«. Under Cornelius Meister, Georg Zeppenfeld was a guest at the Royal Opera House Covent Garden in London in 2015 as Sarastro. In 2016 he sang the part of Lodovico in »Otello« at the Salzburg Easter Festival, and in 2017 he will appear there as Hunding in »Die Walküre«.

At the Bayreuth Festival, Georg Zeppenfeld has been a welcome guest since 2010: in the summer of 2017, he sang the part of Hunding in »Die Walküre« and Gurnemanz in »Parsifal« in Bayreuth. In the 2015/16 season Georg Zeppenfeld made his role debut in Dresden as Baculus in the new production of »Der Wildschütz« and also sang the roles of Hunding (»Die Walküre«), Heinrich der Vogler (»Lohengrin«), Sarastro (»Die Zauberflöte«) and Kaspar (»Der Freischütz«). In 2017/18 he could be seen as Raimondo Bidebent in »Lucia di Lammermoor« as well as Fasolt in »Das Rheingold«, Hunding in »Die Walküre« and Fafner in »Siegfried«. In 2018/19 Georg Zeppenfeld interpreted for the first time in Dresden, among others, Arkel in »Pelléas et Mélisande« and Landgrave Hermann in »Tannhäuser«. He is, among others, the winner of the Christel Goltz Prize of the Semperoper Foundation. In October 2015 Georg Zeppenfeld was awarded the honorary title of Kammersänger.