Daniele Gatti returns to Dresden with a programme highlighting the music of the Capell-Compositeur and former Principal Conductor of the Staatskapelle, Giuseppe Sinopoli. An excerpt from Sinopoli’s opera »Lou Salomé« is followed by the Violin Con­certo of Robert Schumann (also a one-time resident of Dresden), a work which was only premiered in 1937. A great admirer of Schu­mann’s symphonic oeuvre, Sinopoli not only conducted a complete cycle in Dresden; he also interpreted the Symphony No. 1 at his last concert with the Staatskapelle in 2001. 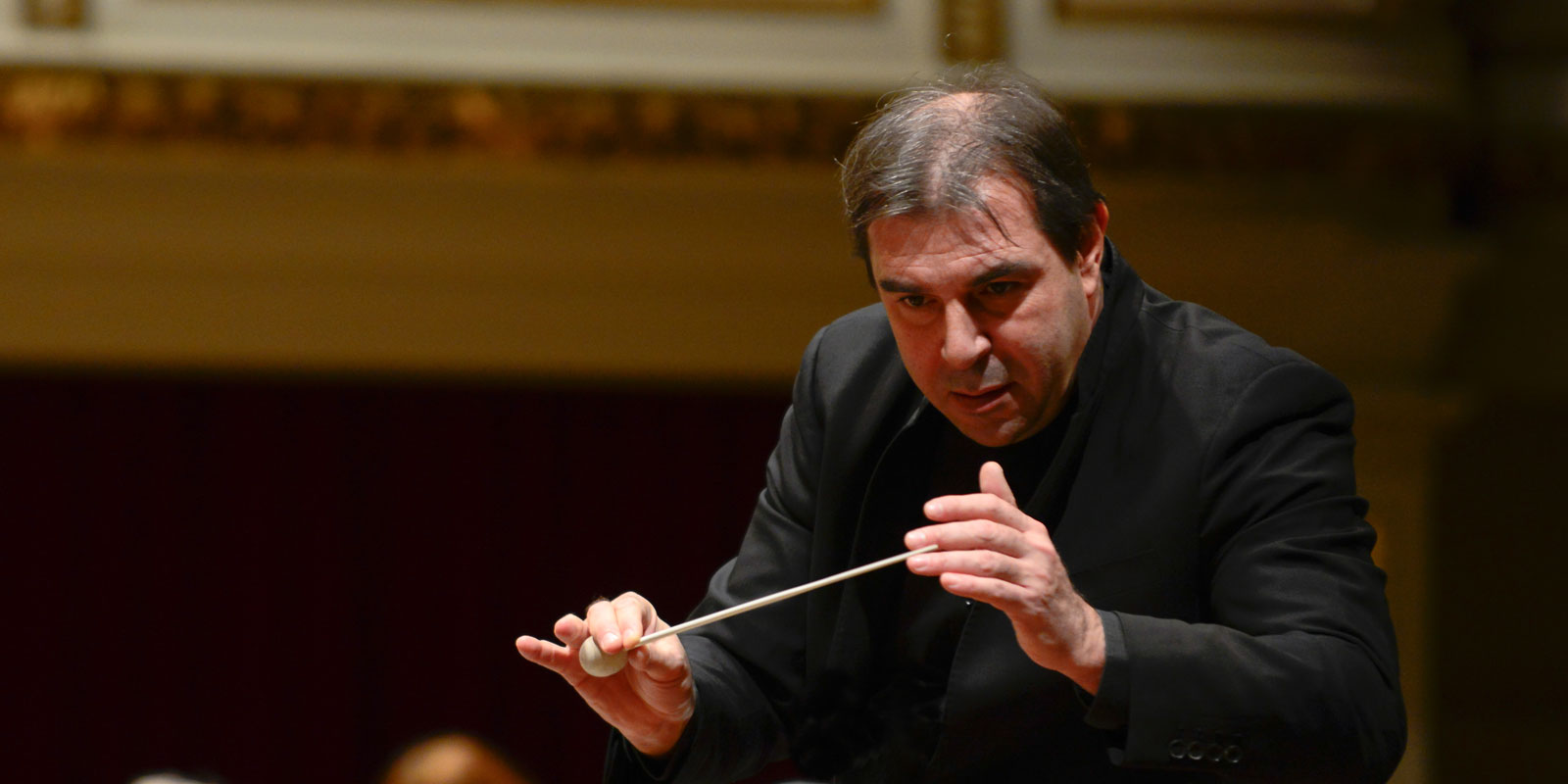 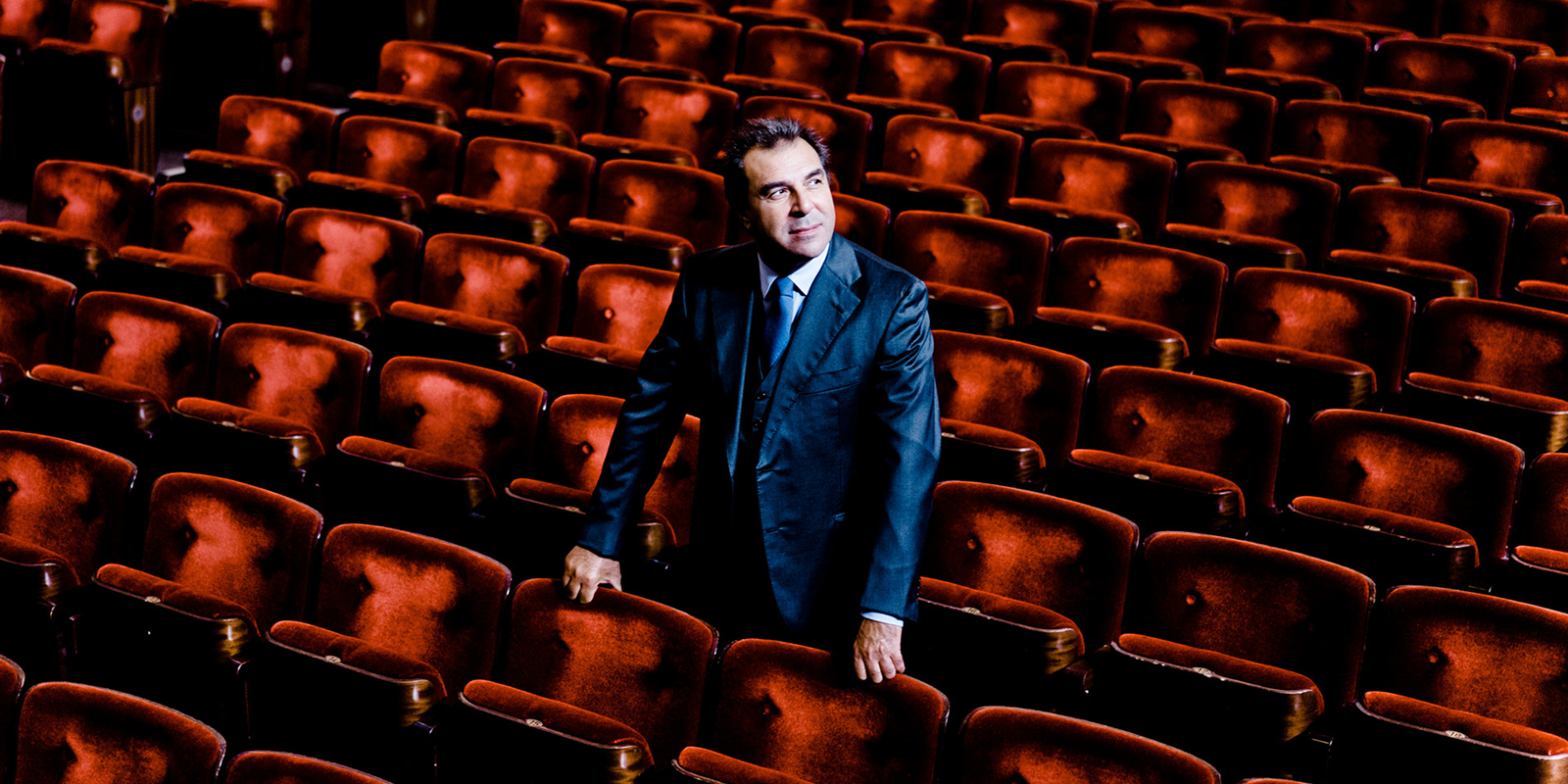 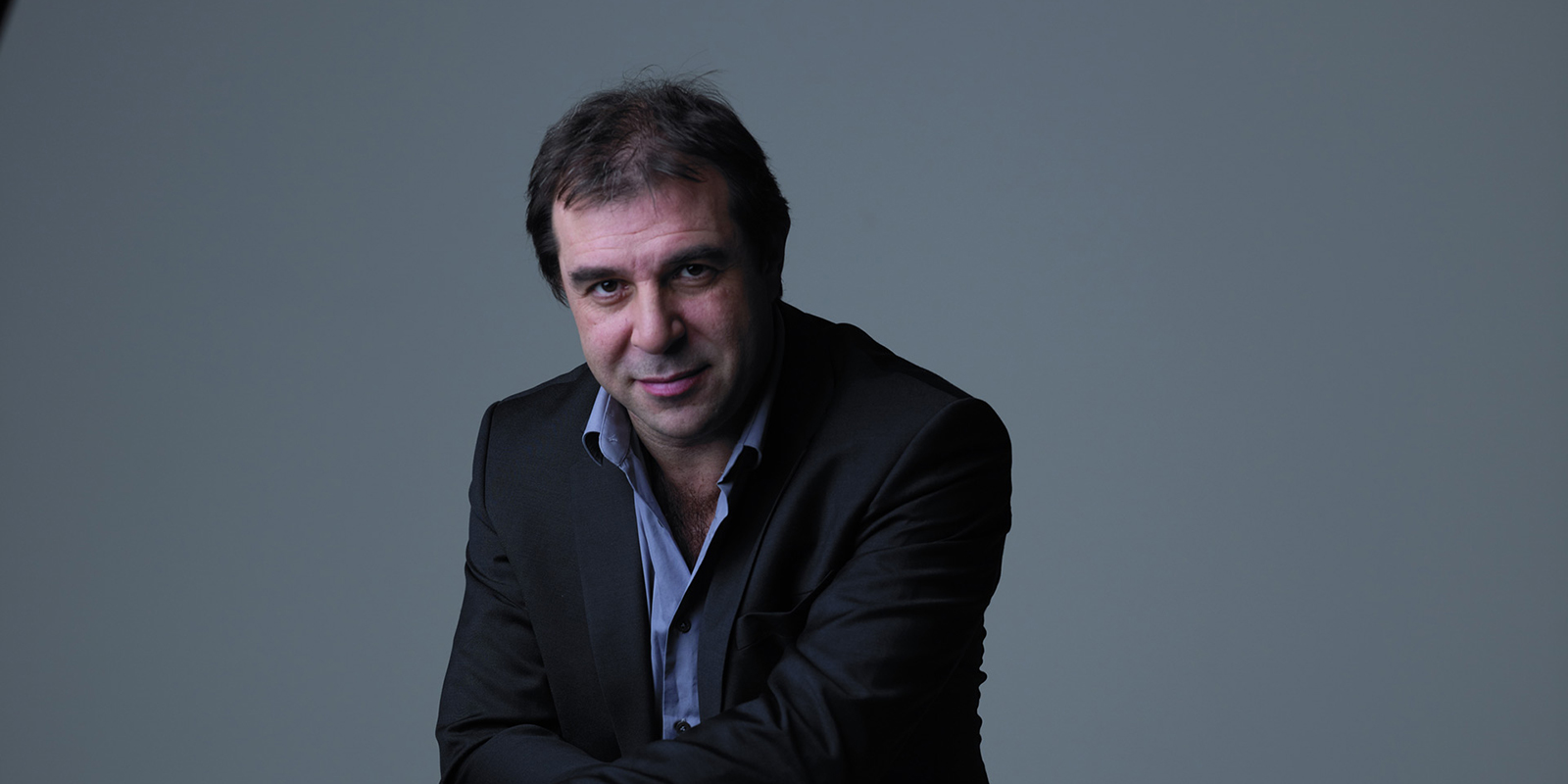 Daniele Gatti graduated as a composer and orchestra conductor at the Conservatorio Giuseppe Verdi in Milan. He is Music Director of the Teatro dell'Opera di Roma and he holds the same position at the Orchestra Mozart. He is also Artistic Advisor of the Mahler Chamber Orchestra (MCO).

He was Chief Conductor of the Royal Concertgebouw Orchestra (RCO) in Amsterdam and he previously held prestigious roles at important musical institutions like the Accademia Nazionale di Santa Cecilia, the Royal Philharmonic Orchestra, the Orchestre National de France, the Royal Opera House of London, the Teatro Comunale di Bologna, and Zurich’s Opernhaus.

Some of the numerous and important new productions he has conducted include the Falstaff staged by Robert Carsen (in London, Milan, and Amsterdam); the Parsifal staged by Stefan Herheim opening the 2008 Bayreuther Festspiele (one of the very few Italian conductors to have been invited to the Wagnerian festival); the Parsifal staged by François Girard at the Metropolitan Opera in New York; four operas at the Salzburger Festspiele (Elektra, La bohème, Die Meistersinger von Nürnberg, Il Trovatore).

To celebrate Verdi’s anniversary, in 2013 he conducted La Traviata at the season opening of the Teatro alla Scala, where he also opened the 2008 season with Don Carlo, and performed other titles including Lohengrin, Lulu, Die Meistersinger von Nürnberg, Falstaff, and Wozzeck.

More recent engagements include Pelléas et Mélisande at the Maggio Musicale Fiorentino, Tristan und Isolde at the Théâtre des Champs-Élysées in Paris, and the 2016/2017 opening of the Teatro dell’Opera di Roma where he conducted the same Wagnerian opera.

The year 2016 saw the beginning of a three-year concert cycle named “RCO meets Europe”, that involved 28 member states of the European Union and it included the project “Side by Side”, a project allowing musicians from local youth orchestras to perform the first musical number of the program next to the members of the Royal Concertgebouw Orchestra conducted by Maestro Gatti, thus fostering an incredibly fruitful human and musical exchange. The Italian appointment took place in Turin at the Auditorium of the Lingotto building. In June 2017 he conducted the RCO in an opera production: Salome at the Nationale Opera of Amsterdam.

The 2017/2018 Season saw him conducting the Berliner Philharmoniker at the Philharmonie Berlin, the Orchestra and Chorus of the Teatro alla Scala in Milan interpreting Mahler’s Second Symphony, the Royal Concertgebouw Orchestra in Europe, South Korea, Japan, and at the Carnegie Hall in New York, all being side events to Amsterdam’s traditional season. Other engagements included the opening of the new season of the Teatro dell’Opera di Roma with La Damnation de Faust, a tour with the Mahler Chamber Orchestra, and several more performances with the Accademia Nazionale di Santa Cecilia in Rome, the Symphonieorchester des Bayerischen Rundfunks in Munich, and the Philharmonia Orchestra in London. At the end of 2018 he conducted Rigoletto for the season opening of the Teatro dell'Opera di Roma.

Some of the 2019 appointments are: concerts on the podium of the Orchestra dell'Accademia Nazionale di Santa Cecilia, the Filarmonica della Scala, the Orchestra del Maggio Musicale Fiorentino, the Staatskapelle Dresden, the Symphonieorchester des Bayerischen Rundfunks, and the Gewandhausorchester Leipzig. In December he will be opening the new season of the Opera di Roma conducting Les Vêpres Siciliennes, the same theater where next year he will be conducting I Capuleti e i Montecchi, The Rake's Progress, and Oedipus Rex. In 2020 he will be back at La Scala to conduct Pelléas et Mélisande and he will be leading the Orchestre National de France and the Orchestra Sinfonica Nazionale della Rai.

Daniele Gatti was awarded the Premio “Franco Abbiati” from Italian music critics as best conductor in 2015, and in 2016 he was awarded the Chevalier de la Légion d’Honneur from the French Republic for his work as Musical Director of the Orchestre National de France.

Under Sony Classical he has recorded works by Debussy and Stravinsky with the Orchestre National de France, and a DVD of the Parsifal staged at the Metropolitan Opera in New York. Under the label RCO Live he has recorded Berlioz’s Symphonie Fantastique, Mahler’s Second Symphony, a DVD of Stravinsky's Le Sacre du Printemps together with Debussy's Prélude à l'Après-midi d'un Faune and La Mer, and a DVD of Strauss's Salome staged at the Dutch National Opera.

Gatti is also in great demand in the orchestra pit, appearing regularly at the state operas of Vienna and Munich, La Scala in Milan, London’s Royal Opera House Covent Garden as well as the festivals of Salzburg and Bayreuth. After a guest concert with the Gustav Mahler Jugendorchester in der Semperoper at the beginning of the 2012/2013 season, Gatti will now return to the Staatskapelle Dresden with a Russian programme. 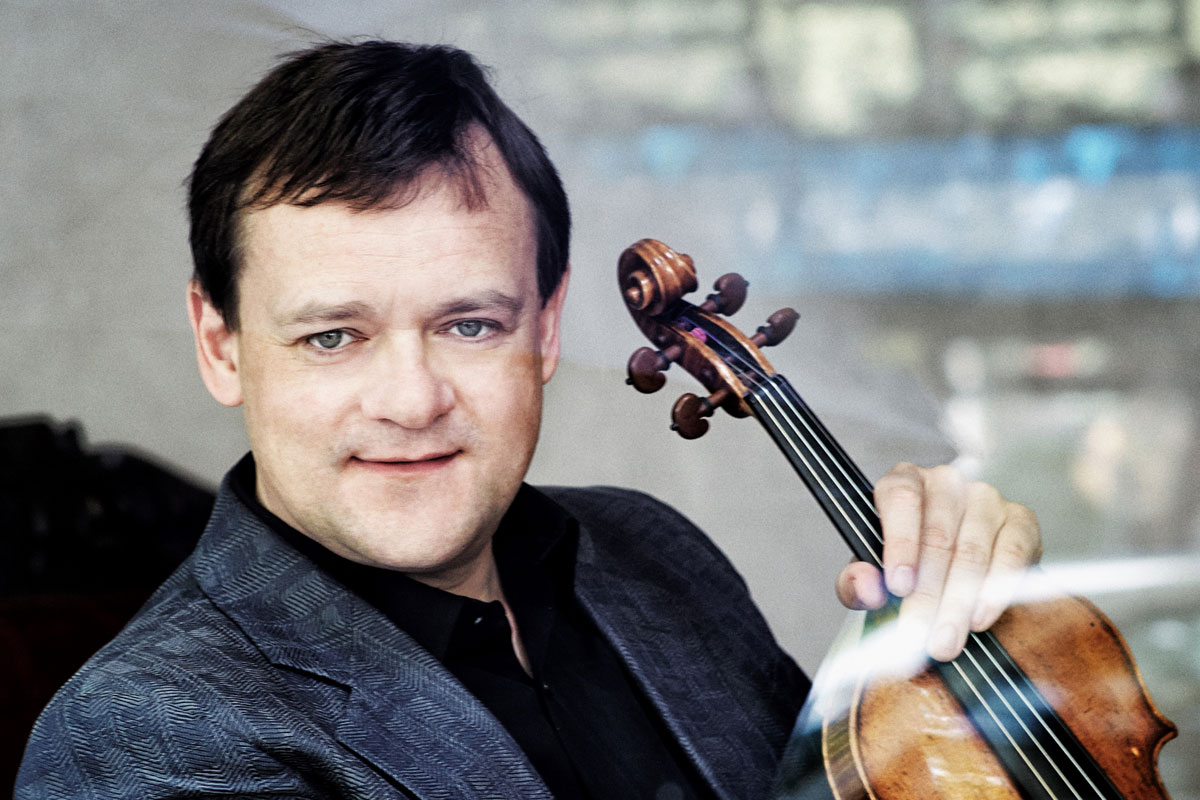 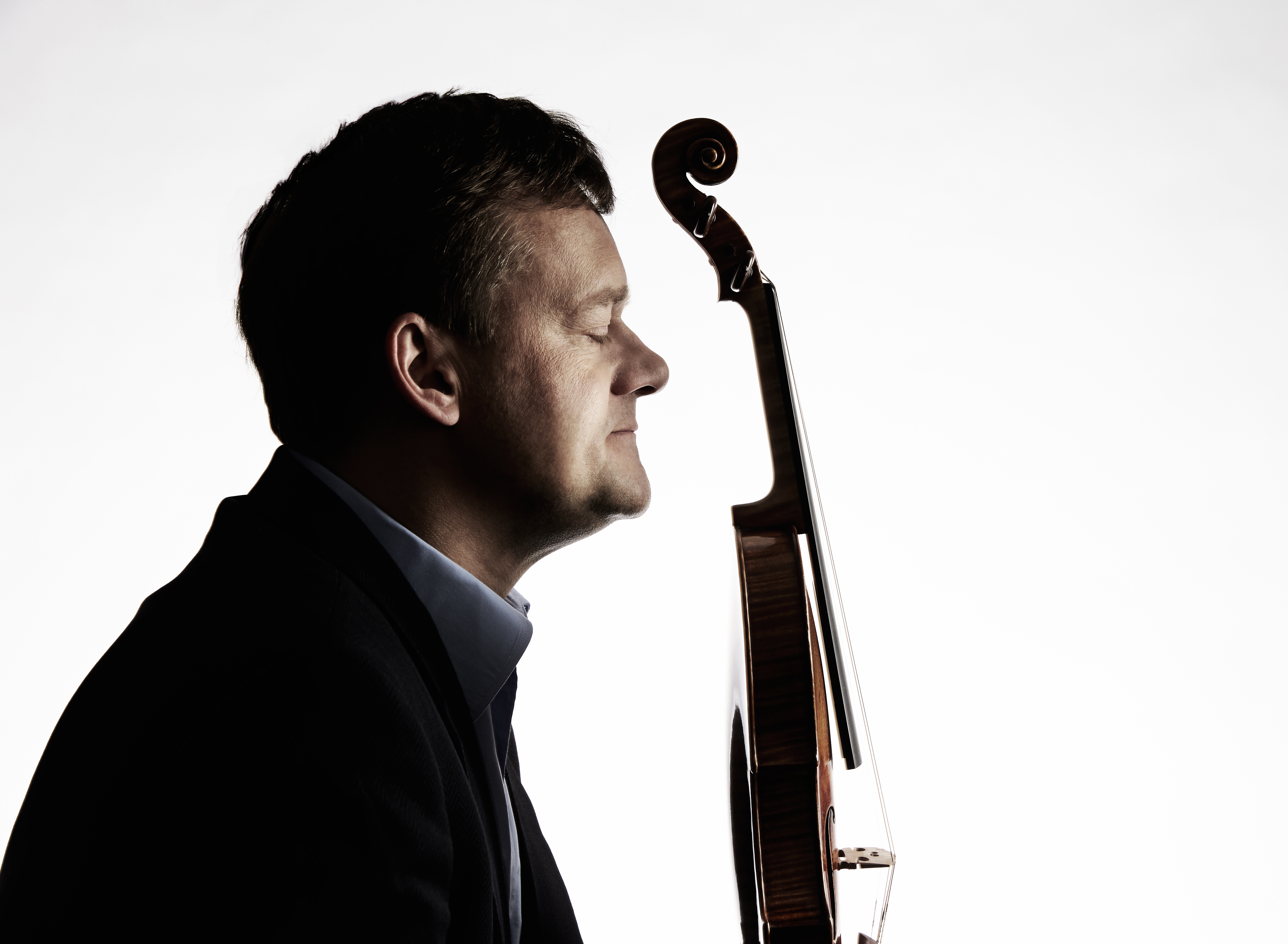 Born in Duisburg in 1965, Frank Peter Zimmermann began playing the violin and gave his first concert with orchestra at the age of ten. After studies with Valery Gradow, Saschko Gawriloff and Herman Krebbers, his continuous rise to the world elite began in 1983. He appears at all the major festivals and plays with all the famous orchestras and conductors in Europe, North and South America, Asia and Australia.

Together with the violist Antoine Tamestit and the cellist Christian Poltéra he founded the Trio Zimmermann; regular tours take the ensemble to all important music centres in Europe. So far the Trio has released recordings on the BIS Records label with works by Beethoven (String Trios Opp. 3, 8 and 9), Mozart (Divertimento KV 563), Schubert (String Trio D 471), Schoenberg (Trio, Op. 45), Hindemith (Trios 1 and 2), and their own version of J.S. Bach's »Goldberg Variations« for string trio.

In 2015 Frank Peter Zimmermann gave the world premiere of Magnus Lindberg's Violin Concerto No. 2 with the London Philharmonic Orchestra conducted by Jaap van Zweden. Further performances of this new work took him to the Berlin Philharmonic and Swedish Radio Symphony Orchestra, both with Daniel Harding, as well as to the New York Philharmonic and the Orchestre Philharmonique de Radio France with Alan Gilbert. He premiered three further violin concertos: »en sourdine« by Matthias Pintscher with the Berlin Philharmonic and Peter Eötvös (2003), »The Lost Art of Letter Writing« (2007) with the Royal Concertgebouw Orchestra under the baton of composer Brett Dean, who received the Grawemeyer Award for this composition in 2009, and the Violin Concerto No. 3 »Juggler in Paradise« by Augusta Read Thomas with the Orchestre Philharmonique de Radio France, conducted by Andrey Boreyko (2009)

Frank Peter Zimmermann has received numerous prizes and honors, including the Premio del Accademia Musicale Chigiana in Siena, the Rheinische

Highlights of the 2019/2020 season include concerts with the Berlin Philharmonic and the Swedish Radio Symphony Orchestra, both conducted by Daniel Harding, LaFil Filarmonica di Milano with Daniele Gatti, the Tonhalle Orchestra Zurich with Christoph von Dohnányi, NDR Elbphilharmonie Orchester with Alan Gilbert, Orchestre de Paris with Lahav Shani, the Vienna Symphony Orchestra with François-Xavier Roth, the Bamberg Symphony Orchestra with Jakub Hrůša as well as the Helsinki Philharmonic Orchestra with Susanna Mälkki. Frank Peter Zimmermann is continuing his cycle of Beethoven sonatas with Martin Helmchen in Brussels, Madrid, at the Ruhr Piano Festival, at the summer festivals in Bad Kissingen, in the Rheingau and in Schleswig-Holstein.

Frank Peter Zimmermann plays on the »Lady Inchiquin« by Antonio Stradivari from 1711, which is kindly given to him by the Kunstsammlung Nordrhein-Westfalen.