Existential worries, a lack of public interest in his work and poor health sapped Béla Bartók’s creative energy during his crisis-ridden final years living in exile in the USA. He only found the strength to complete a handful of new compositions. One of his last works, the Viola Concerto written for the Scottish violist William Primrose, has survived merely as a sketch, so that today’s orchestrated scores are all posthumous arrangements. Yet the different versions clearly display Bartók’s unique tonal language, which was influenced by the folk music of his Eastern European homeland. With its virtuosity and striking melodies, the Viola Concerto is one of the most popular works for this instrument.

Please note that in accordance with the new Saxon Coronavirus Protection Regulations, the so-called 2G option will presumably apply when visiting a performance from 8 November 2021: In this case, the following rule will presumably apply: Adults are required to show proof of vaccination or proof of having recovered from a Covid-19 infection at the entrance. Children from 6 years are required to show a negative test not older than 24 hours, in accordance with the current Saxon Coronavirus Protection Regulations and the existing hygiene concept. 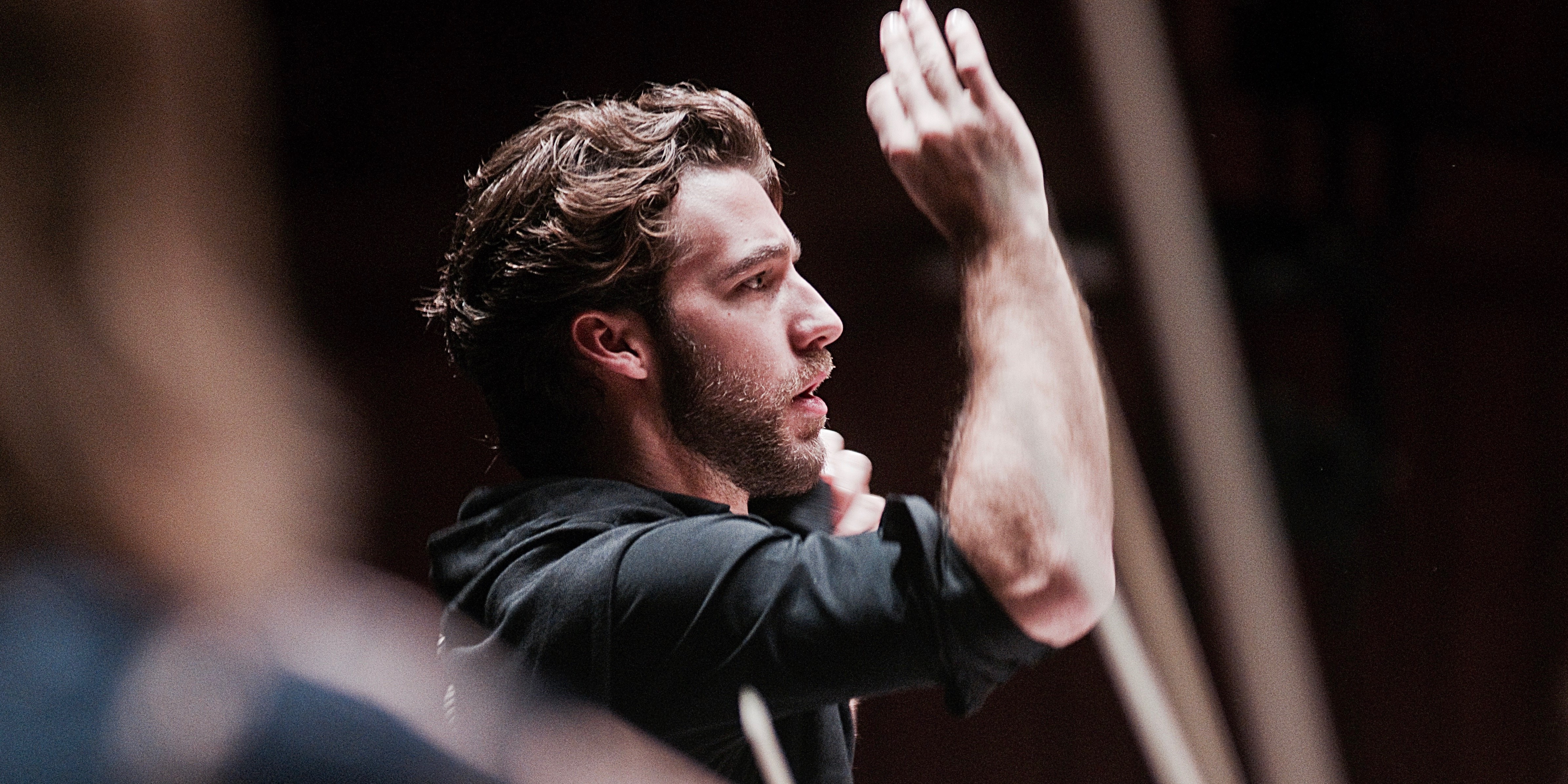 At only 29, Lorenzo Viotti has just recently been appointed principal conductor of the Netherlands Philharmonic Orchestra and the Dutch National Opera (DNO) in Amsterdam, starting in the 2021/22 season.

The young French-Swiss conductor, currently Music Director of the Gulbenkian Orchestra in Lisbon since the beginning of the 2018/19 season, came to international attention as winner of the Nestlé and Salzburg Festival Young Conductors Awards 2015 at the age of 25 years and of the Cadaqués International Conducting Competition and the MDR Conducting Competition in 2013.

In 2017 he received the International Opera Newcomer Award.

The young conductor’s recent debuts in the USA with the Cleveland Orchestra and in Canada with the Orchestre Symphonique de Montréal have been highly acclaimed by audiences and critics alike. In January of this year he stepped in for Emmanuel Krivine to lead the Orchestre national de France on concerts in Vienna and Bratislava. At the end of February Lorenzo Viotti also conducted the Berlin Philharmonic Orchestra for the first time with concerts taking place in Berlin and Baden-Baden. The debut with the Bavarian Radio Symphony Orchestra planned for May this year had to be postponed due to the COVID19 epidemic.

In addition to his worldwide concert engagements his future projects include Faust (Opéra National de Paris), Otello (De Nationale Opera Amsterdam) and Thaïs (Teatro alla Scala). In October and September he will conduct The Csardas Princess at Opernhaus Zürich.

Lorenzo Viotti was born in Lausanne into a Franco-Italian family of musicians. He studied piano, singing and percussion in Lyon and attended orchestral conducting courses with Professor Georg Mark in Vienna, where he simultaneously performed as a percussionist in various major orchestras, including the Vienna Philharmonic. He continued his conductor’s training with Nicolás Pasquet at the Franz Liszt Conservatory in Weimar.