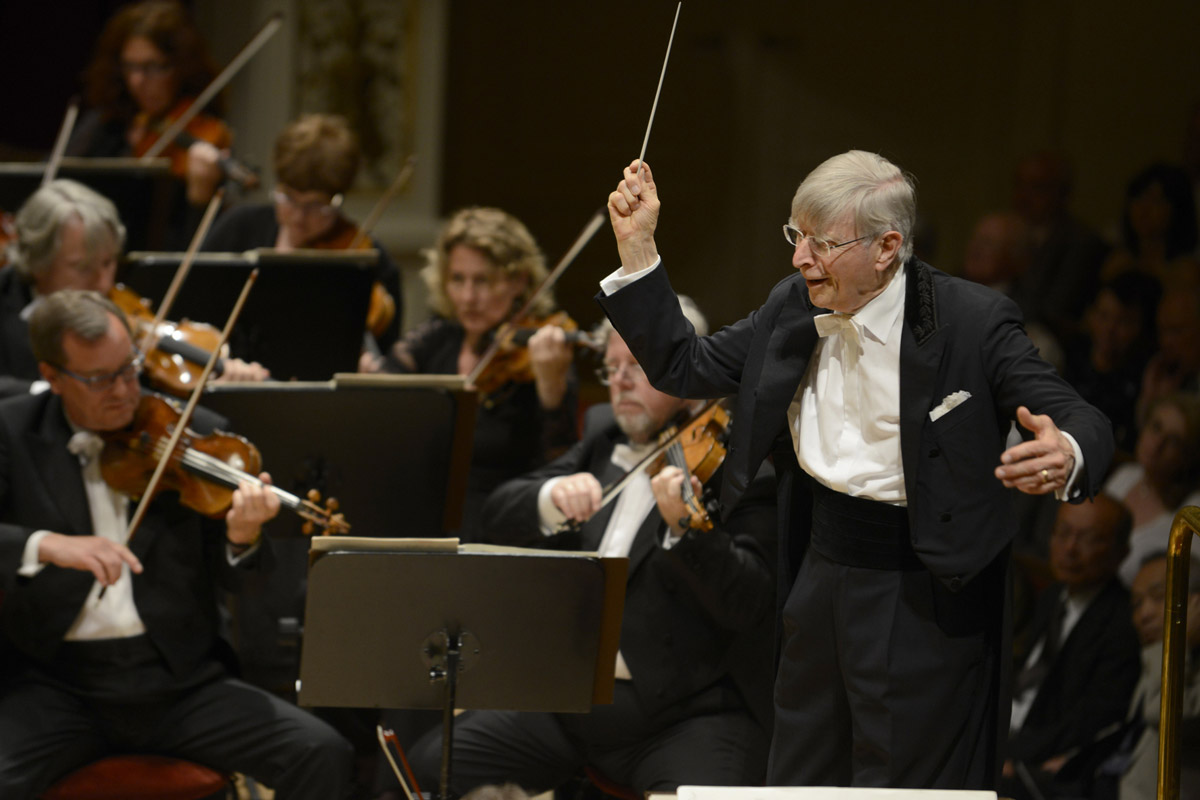 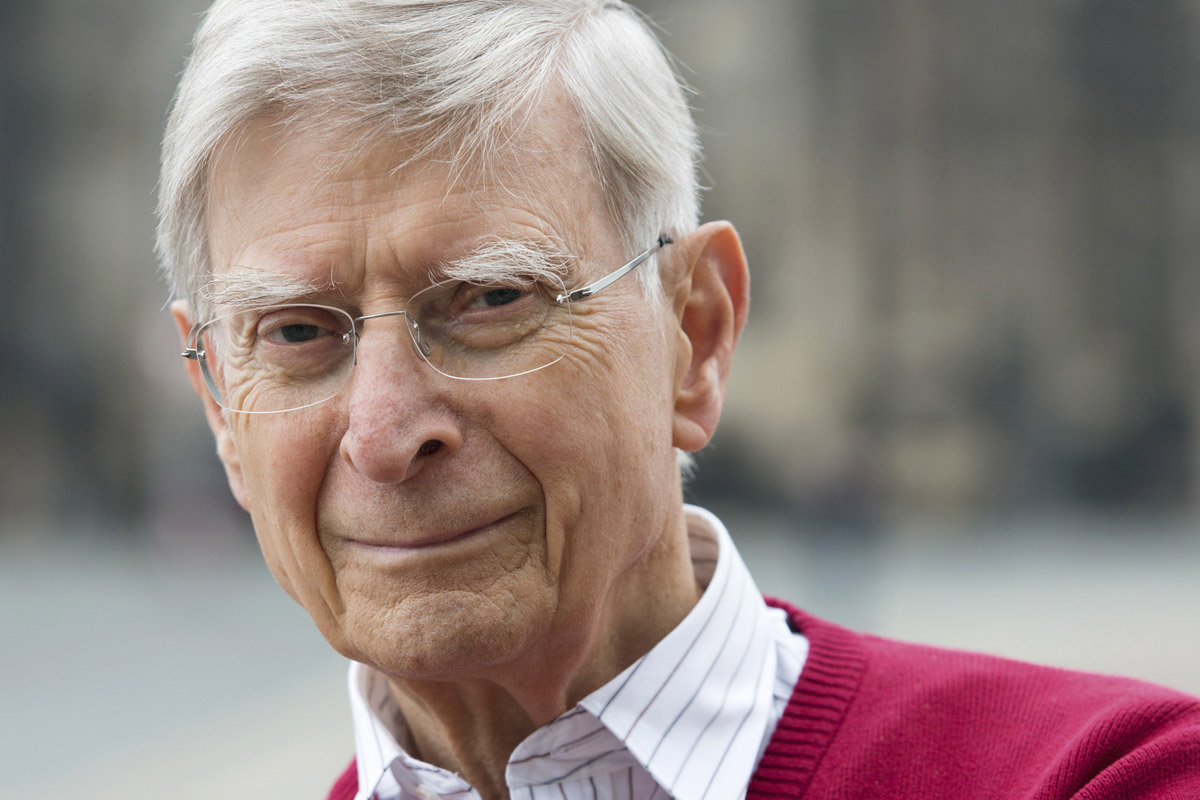 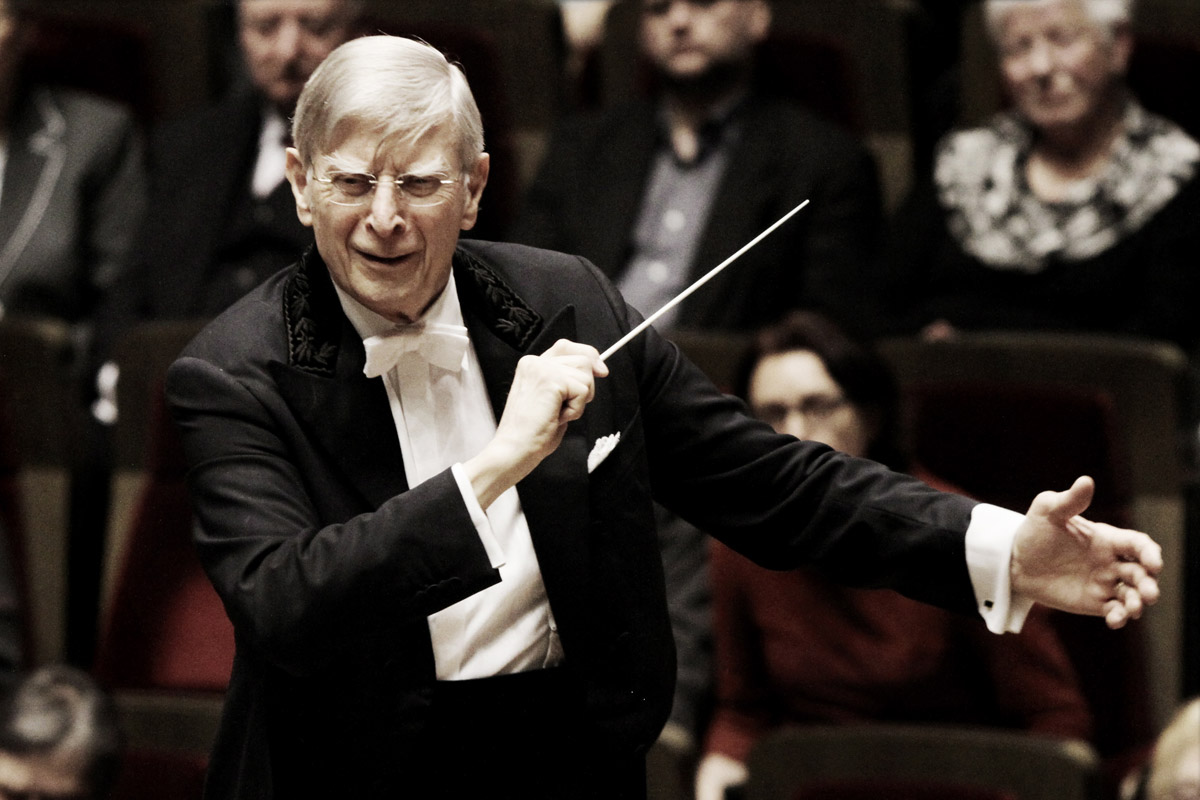 The close relationship between  Herbert Blomstedt and the Staatskapelle  Dresden has now lasted  for half a century. Following his  debut with the orchestra in April  1969, he held the post of Principal Conductor  from 1975 to 1985, a decade that is not only  unforgettable musically, but which was also  marked by difficult political conditions. In  purely human terms, this was certainly a  special chapter in the ensemble’s long history.  Alongside the »local heroes« Wagner  and Strauss, Herbert Blomstedt performed a  wide repertoire during his time in Dresden,  stretching from the Kapelle’s Baroque heritage  to numerous world and German premieres.  He recorded a vast number of works  with the orchestra, and in 1985 conducted  the first Staatskapelle concert in the newly  rebuilt Semperoper. To the present day he  has given more than 300 concerts with the  Kapelle, including no fewer than ten appearances  at the traditional Palm Sunday Concert,  and has conducted a number of opera productions,  formerly in the Dresden State Theatre.  In 2007 the Staatskapelle awarded him its  Golden Badge of Honour. In May 2016 he was  named the orchestra’s Conductor Laureate,  making him only the second conductor after  Sir Colin Davis to hold this

Born in the USA to Swedish parents, Herbert  Blomstedt gave his conducting debut  in 1954 with the Stockholm Philharmonic  Orchestra. Later he led the Oslo Philharmonic  as well as the Danish and Swedish  Radio Symphony Orchestras in Copenhagen  and Stockholm respectively. He has been  Music Director of the San Francisco Symphony,  Principal Conductor of the NDR Symphony  Orchestra in Hamburg and the 19th  Kapellmeister of the Leipzig Gewandhaus  Orchestra. He is the Conductor Laureate of  the symphony orchestras of San Francisco,  Leipzig, Copenhagen and Stockholm, the  Bamberg Symphony and the NHK Symphony  Orchestra in Tokyo. As a guest conductor,  Herbert Blomstedt works with the world’s  top orchestras. In 2011 he enjoyed a late  debut with the Vienna Philharmonic, paving  the way for a series of collaborations with  that ensemble. He is an elected member of  the Royal Swedish Music Academy, holds a  number of honorary doctorates and in 2003  was awarded the Order of Merit (Großes  Verdienstkreuz)  of the Federal Republic of  Germany. In April 2016 he received the prestigious  Léonie Sonning Music Prize of Denmark  for his artistic lifework.