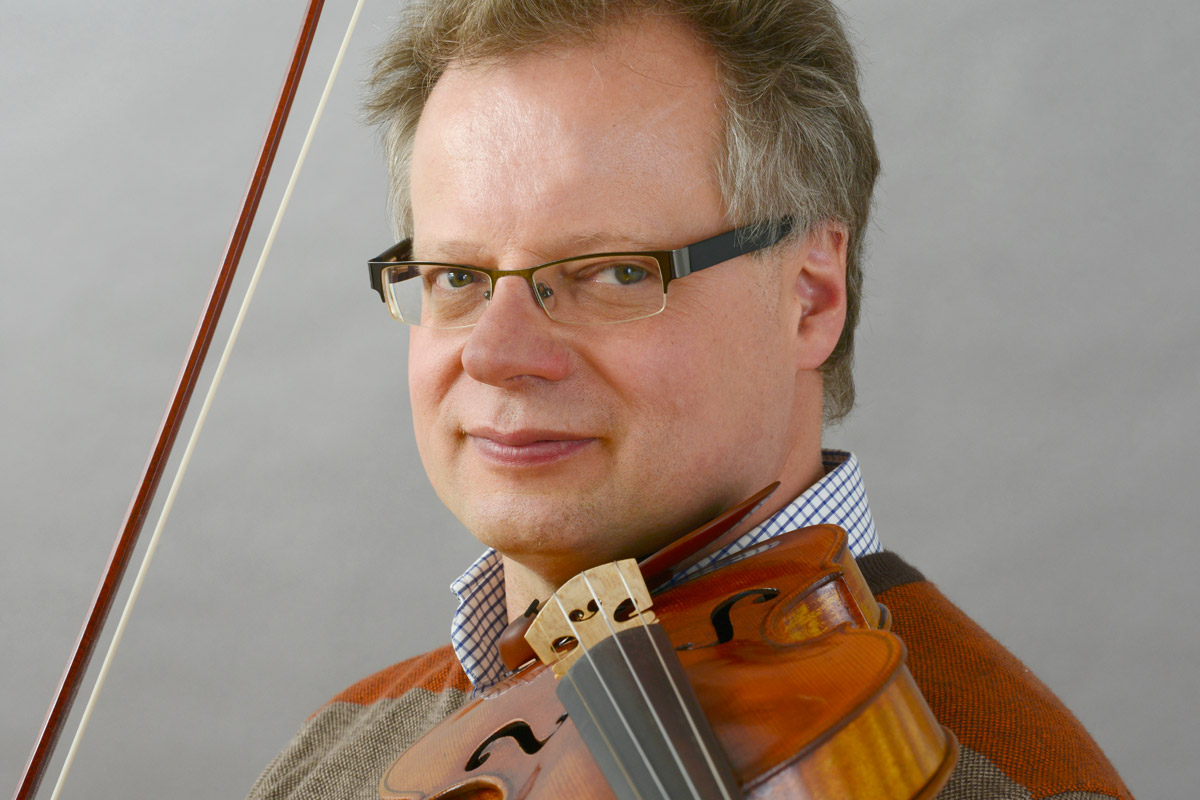 Born in Dessau in 1966, Jörg Faßmann started violin lessons at the age of five. Only four years later he gave his solo debut with an orchestra. He studied violin from 1983 to 1989 at the Leipzig Conservatory of Music under Gustav Schmahl and Klaus Hertel as well as under Reinhard Ulbricht in Dresden. He has been a prize-winning entrant in international violin competitions.

After joining the Staatskapelle Dresden in 1987, Jörg Faßmann became deputy concertmaster in 1989. Alongside his orchestral duties, he has been a member of the Dresden String Trio since 1995, during which time the group has performed many concerts in Europe and elsewhere and produced numerous CDs.

In addition he has collaborated for many years with the pianist Gunther Anger, frequently appearing at chamber music festivals and performing regularly in the Semperoper Dresden. As a solo performer he has been invited to appear with a number of German orchestras on tour in Italy and in Asia.

Furthermore, since 1991 Jörg Faßmann has been on the faculty of Dresden’s Conservatory of Music. In 2009 he was appointed to teach a masterclass at the Conservatorio Real Superior in Granada. In the same year he was invited to give concerts and workshops at the University of Wisconsin.