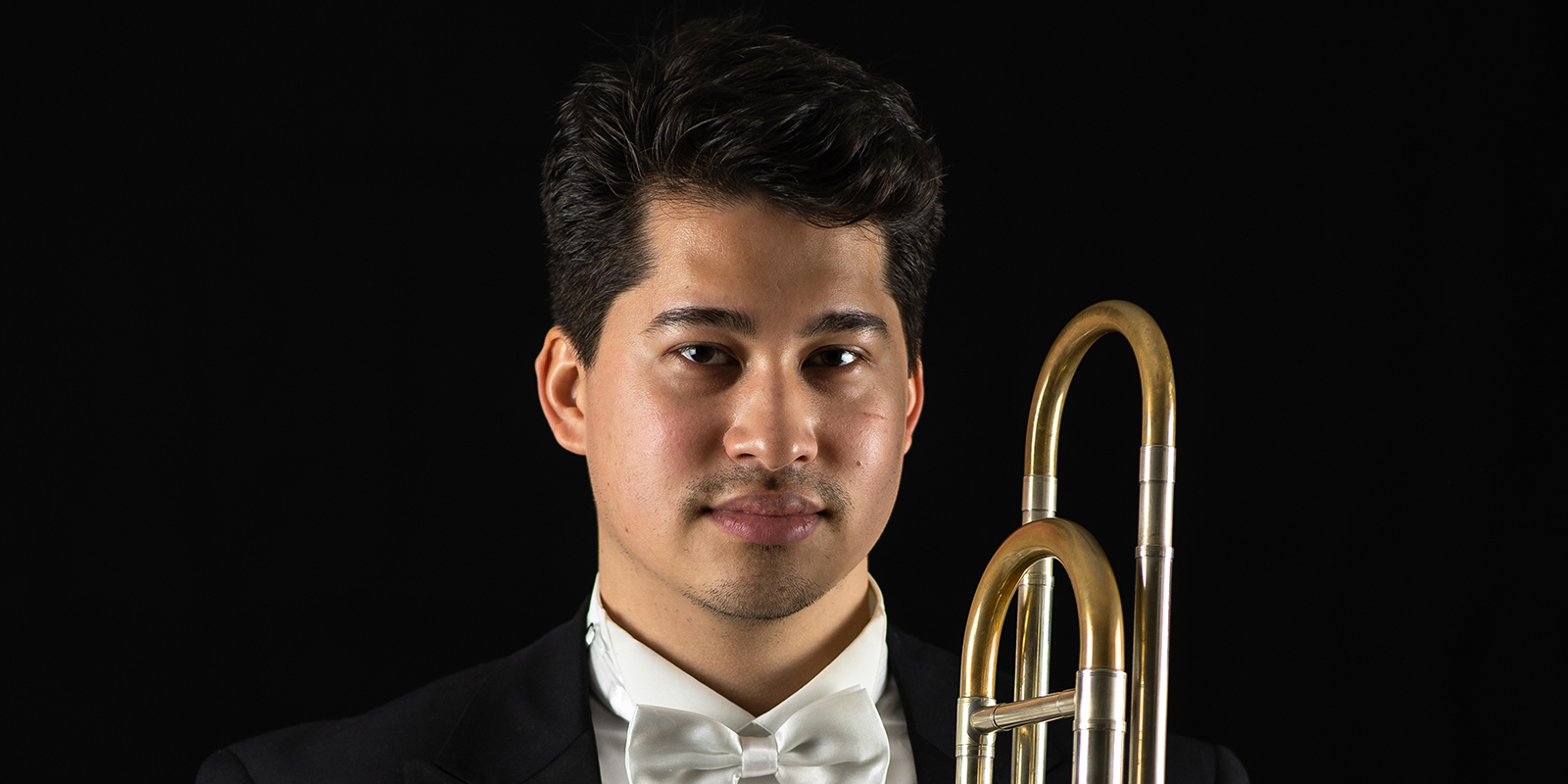 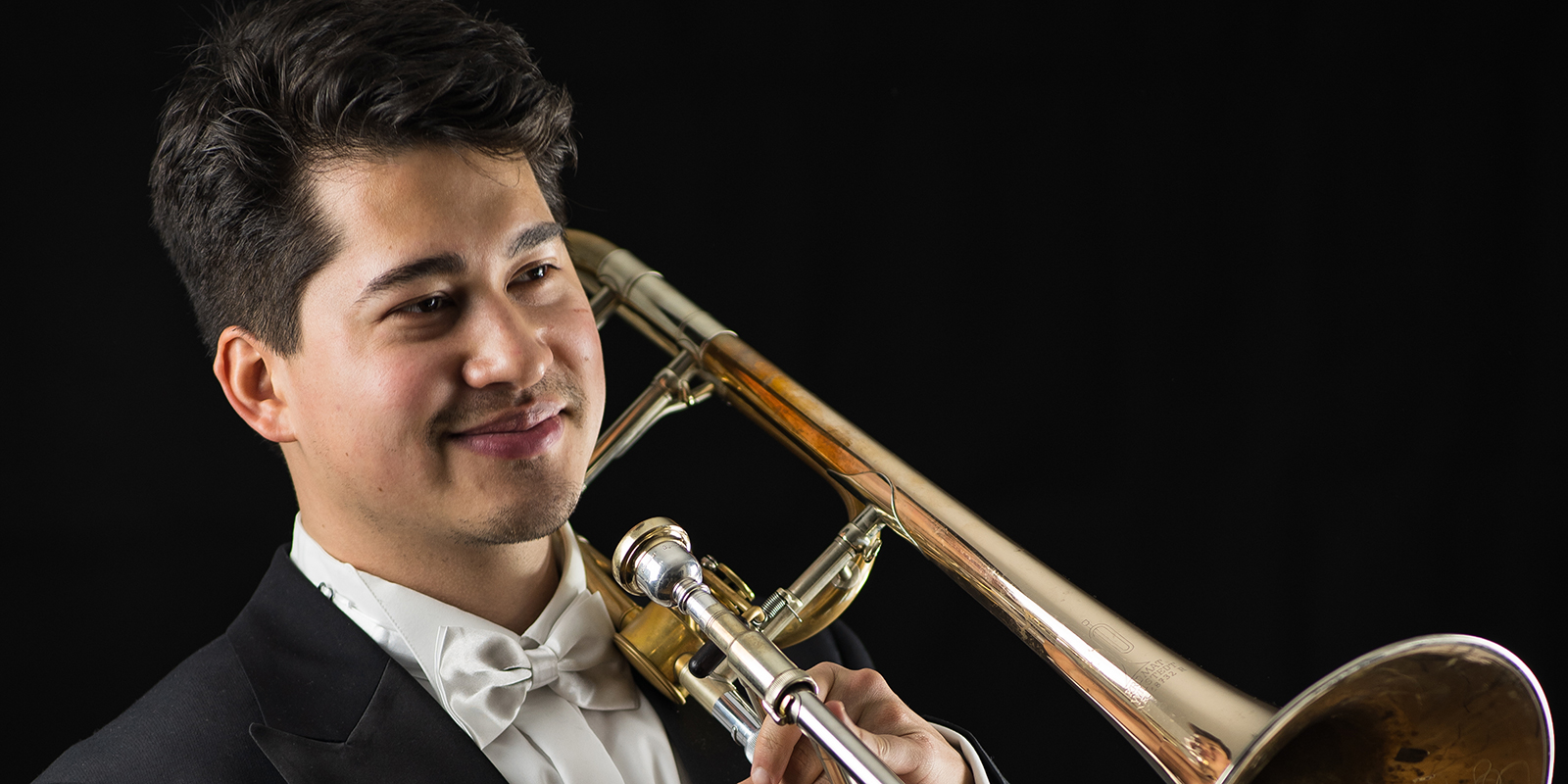 Jonathan Nuß (*1992) got his first trombone lessons when he was twelve years old. At the age of 15 he completed his first Young study in Detmold with Professor David Bruchez. As a Young student he moved later to the Hochschule für Tanz und Musik Köln where he completed his Bachelor with Professor Ulrich Flad and Carsten Luz. In 2016 he continued his master course with Professor Ian Bousfield at HKB Bern. Jonathan is a multiple scholarship and first Federal Prize winner at the competition »Jugend Musiziert«.

was a finalist of the Jeju International Brass Competition and winner of the Hochschule für Musik und Tanz Köln contest. Jonathan is since February 2018 a solo trombonist at the Sächsische Staatskapelle Dresden after a few academy contracts in the Münchner Rundfunkorchester or rather the Sächsische Staatskapelle Dresden and time contracts as a solo trombonist in the Sinfonieorchester Aachen and WDR Funkhausorchester.