Stalinist terror and the political pressures exerted by the Russian authorities on the country’s musicians hit Dmitri Shostakovich directly in 1936: the composer only escaped the explicit threat of dire repercussions by posing as »restructured« – and the Fifth was such an attempt at public rehabilitation. But the symphony is open to a range of inter­pretations: Is the military march of the first movement directed against external enemies or rather against Soviet terror itself? Do the Ländler dance and brass band in the second movement merely take Stalin’s system to its absurd conclusion? To whom is the moving lament of the third movement addressed? And is the jubilation of the finale, as Shostakovich later claimed, really »created under duress«? 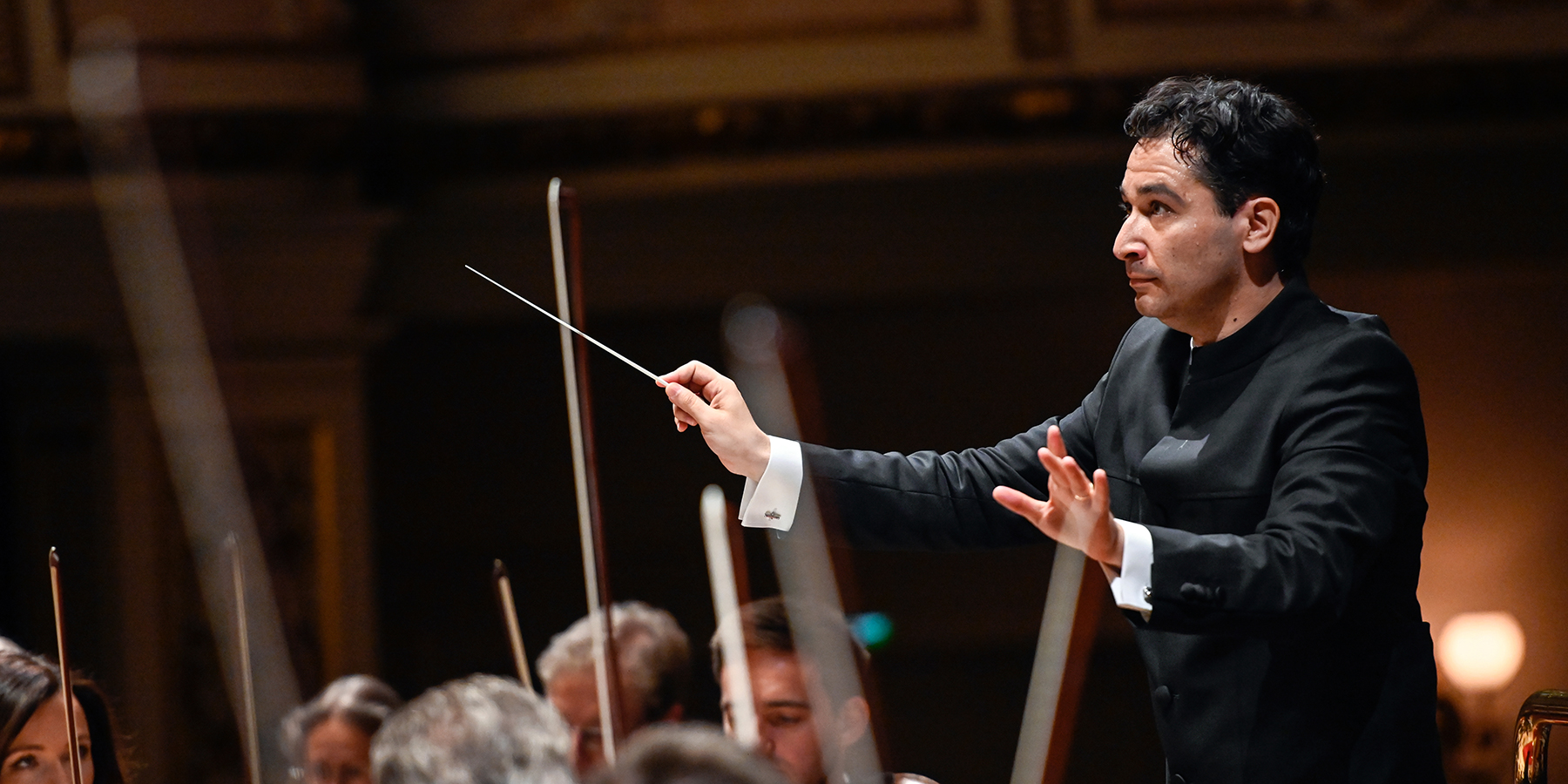 Orozco-Estrada regularly conducts Europe's and America's leading orchestras, including the Vienna Philharmonic, the Berlin Philharmonic, the Sächsische Staatskapelle Dresden, the Gewandhausorchester Leipzig, the Koninklijk Concertgebouworkest, the Orchestra dell'Accademia Nazionale di Santa Cecilia and the Orchestre National de France, as well as major U.S. orchestras such as the Chicago Symphony Orchestra and the Philadelphia Orchestra. He has also conducted concerts and opera performances at the Berlin State Opera and the Salzburg Festival.

In the 2021-22 season, he tours with the Vienna Symphony Orchestra for the first time in Austria (Graz, Salzburg, Bregenz), Europe (Spain, France, Germany) and Asia (Taiwan, China, Korea). Additionally, he conducts a new production with his orchestra at the Theater an der Wien (Catalani, »La Wally«) and takes the podium at the open-air concert in the Museumsquartier.

Orozco-Estrada is particularly committed to new concert and mediation formats, as well as premieres of young composers. The WSY Talent also celebrated its premiere, in which exceptional musical talents were allowed to work on a solo piece with

orchestral accompaniment and then present it in concert. There will be another WSY Talent in June 2022.
Working with young musicians is very close to his heart, and in 2019 he went on tour in Europe with the Filarmónica Joven de Colombia, of which he has been principal conductor since 2021. Since November 2018, Orozco-Estrada has also been principal conductor of the Freixenet Symphony Orchestra of the Reina Sofía School of Music in Madrid, Spain. He will tour Europe with both orchestras in the 2021-22 season.

His CD releases on the Pentatone label have received much attention: with the Frankfurt Radio Symphony, he made recordings of Stravinsky's »Firebird« and »The Rite of Spring«, which were praised by critics as "hauntingly beautiful" (Gramophone). His concert recordings of Richard Strauss's operas »Salome« and »Elektra« have also enjoyed great success. With the Houston Symphony, he released a Dvořák cycle. He has also recorded all Brahms and Mendelssohn symphonies.

Born in Medellín (Colombia), Andrés Orozco-Estrada began his musical education by playing the violin, receiving his first conducting lessons at the age of 15. In 1997 he moved to Vienna, where he was accepted into the conducting class of Uroš Lajovic, a student of the legendary Hans Swarowsky, at the renowned Hochschule für Musik und Darstellende Kunst. Orozco-Estrada lives in Vienna. 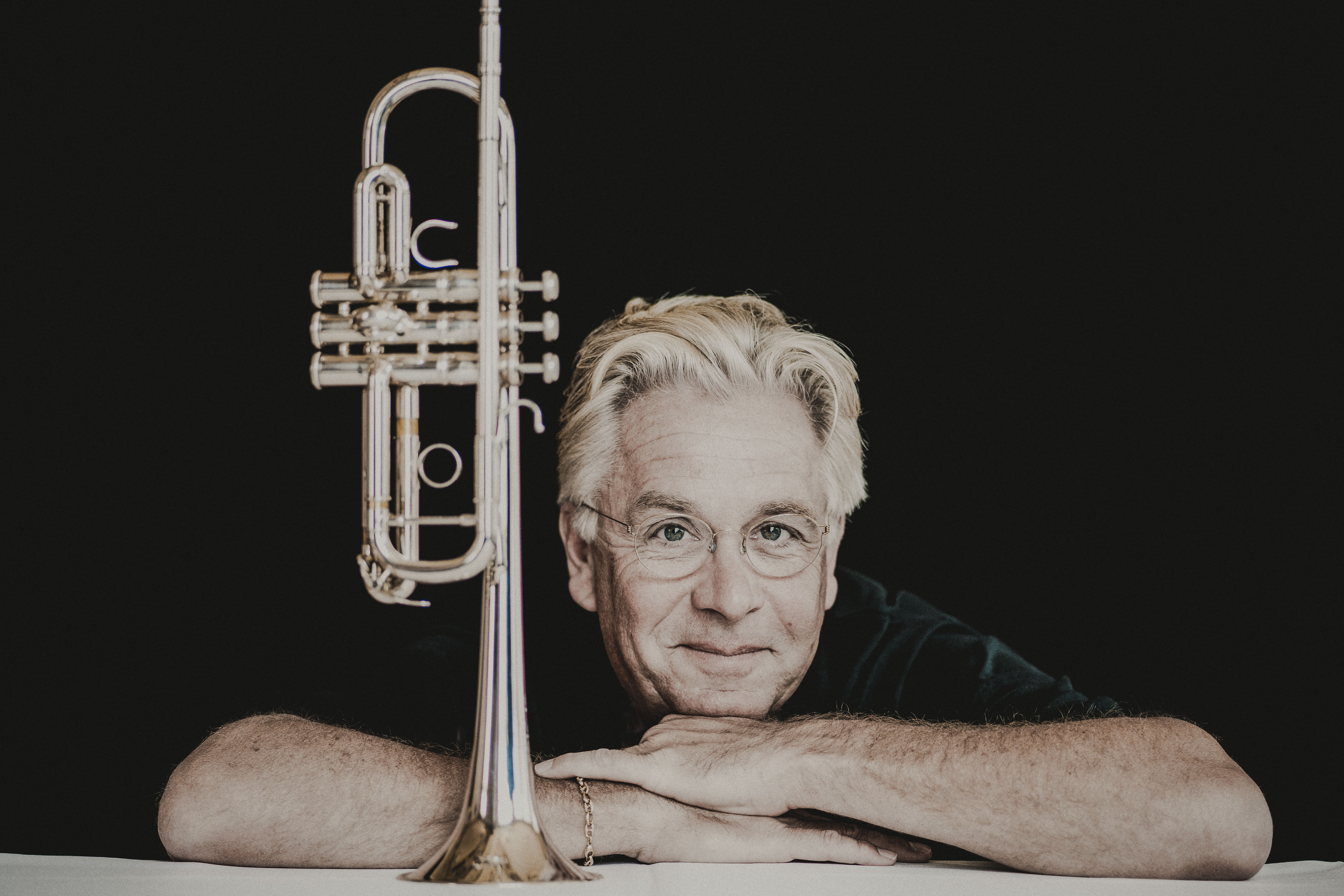 Conducting is an integral part of Hardenberger’s music making. In 2021/22 he conducts the Royal Stockholm Philharmonic Orchestra, Real Orquesta Sinfónica de Sevilla and the Swedish Chamber Orchestra in a podium swap with Brett Dean. Other key duo partnerships include pianist Roland Pöntinen and percussionist Colin Currie. With the

Hardenberger’s prolific discography on the BIS, Deutsche Grammophon, EMI, and Philips labels include “Stories” (BIS) featuring trumpet concertos by Sally Beamish, Betsy Jolas and Olga Neuwirth as well as his latest release “The Brandenburg Project” for which Hardenberger recorded Bach’s Brandenburg Concerto No. 2 paired with Steven Mackey’s “Triceros” with the Swedish Chamber Orchestra and Thomas Dausgaard.

From 2016 to 2018 Hardenberger was the Artistic Director of the Malmö Chamber Music Festival. Hardenberger was born in Malmö, Sweden. He began studying the trumpet at the age of eight with Bo Nilsson in Malmö and continued his studies at the Paris Conservatoire, with Pierre Thibaud, and in Los Angeles with Thomas Stevens. He is a professor at the Malmö Conservatoire.